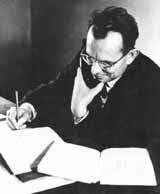 Graduated from Perm State University in 1939. In the same year he entered the graduate school of the Lebedev Physical Institute of the Academy of Sciences of the USSR, where he soon defended his candidate (1941), and then his doctoral dissertation (1944).

During the Great Patriotic War, the scientist was engaged in the creation of methods and means of protecting the ships of the Navy from German acoustic mines.

His first major contribution to ocean science was the discovery and study (1949-1950) of the underwater sound channel. This discovery radically changed our understanding of the structure of acoustic fields in the ocean, expanded the possibilities of using acoustics to study the World Ocean. It served as the basis for the creation of new technical means for the needs of the navy. The work was noted by the awarding of the USSR State Prize of the 1st degree (1951) to him and the team of scientists and military sailors who worked with him.

Subsequent works were devoted to the creation of the foundations of ocean acoustics - a scientific direction of which he is the founder.

He created and headed a large school of acoustic oceanologists, initiated and supervised the construction of specialized acoustic vessels (Sergei Vavilov and Petr Lebedev - 1959, "Academician S. Vavilov" - 1988, "Academician Ioffe" - 1989) , which still have no analogues in the world, led the development of acoustic methods for studying the physical, geological and biological characteristics of the ocean environment.

Under his leadership, a large number of expeditions were carried out to different regions of the World Ocean and with different topics.

The monograph "Waves in Layered Media", published in two editions in the USSR, the USA, and the PRC, has become the reference book of many physicists and especially hydroacoustics. His book "Theoretical Foundations of Ocean Acoustics", written jointly with Yu.P. Lysanov and published in Russian and English, as well as a monograph (with co-authors) "Ocean Acoustics", awarded the State Prize (1976), was widely recognized. The Lenin Prize was awarded to him in 1992 for scientific supervision of work in the interests of the Navy.

His theoretical work on wave scattering on uneven surfaces (1953) was pioneering.

His (jointly with V.V. Goncharov) textbook monograph "Introduction to Continuum Mechanics" with a special emphasis on wave dynamics, published in 1982, and then in two editions in English by Springer Publishing House, is distinguished by the originality of the presentation. Another of his monographs (written jointly with O.A. Godin) is fundamental - "Acoustics of Layered Media", published in 1993 in Russian, and then in an expanded, two-volume version in English (Springer publishing house).

His book "The World Ocean and Man. Present into the Future" (1987) was accepted with great interest in the scientific community. An important direction of his research is associated with the discovery of synoptic eddies in the open ocean, led by him by the Polygon-70 expedition. The continuation of these studies was the Soviet-American (with the participation of the Federal Republic of Germany) experiment "POLYMODE" (1977-1979).

He did a lot of work on the training of scientific personnel. Among his students there are 12 doctors and about 30 candidates of sciences. He headed the Department of Physics of Hydrospace at the Moscow Institute of Physics and Technology.

He is widely known abroad as a leading scientist in the field of ocean acoustics, for many years he was a member of the International Scientific Committee for Oceanological Research and a member of the Acoustics Commission of the International Union of Theoretical and Applied Physics, as well as the editorial boards of the scientific journals Wave motion, Acta oceanologia.

For outstanding achievements in the development of the theory of sound propagation in the ocean, he was awarded the Gold Rayleigh Medal by the British Institute of Acoustics in 1977. In 1986 he was awarded the Karpinsky Prize (Hamburg Foundation), which is awarded for outstanding achievements of Soviet scientists in the field of science, which are of particular importance for the future of mankind.

Chairman of the Commission of the Academy of Sciences of the USSR on the problems of the World Ocean (1970-1994), member of the Presidium of the Academy of Sciences of the USSR and academician-secretary of the Department of Oceanology, Physics of the Atmosphere and Geography (1968-1992), scientific director of the Program for solving the most important scientific and technical problem "World Ocean" and one of her projects - "Acoustics" (1970-1985). For a long time he was an Advisor to the Presidium of the Russian Academy of Sciences. For a long time he headed the editorial board of the journal "Oceanology", was a member of the editorial boards of other journals.

The author of over 170 scientific papers and 9 monographs.

For his great services in the development of national science he was awarded three times the Order of Lenin (1971, 1975, 1987), the Order of the Red Banner of Labor (1963), the Order for Services to the Fatherland, III degree (1997). By the decree of the Presidium of the Supreme Soviet of the USSR of May 5, 1987 for great services in the development of Soviet science, training of scientific personnel and in connection with his seventieth birthday, Academician Leonid Maksimovich Brekhovskikh was awarded the title of Hero of Socialist Labor with the award of the Order of Lenin and the Hammer and Sickle gold medal.

In 1951, the Stalin Prize of the first degree was awarded for the opening of an underwater sound channel (Co-authors: L. D. Rosenberg, N. I. Sigachev, B. I. Karlov).

1970 - Lenin Prize for scientific supervision of work in the interests of the Navy - for work in the field of special shipbuilding. 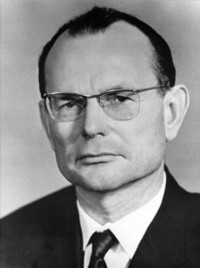 1976 - Laureate of the State Prize of the USSR in the field of science - for the monograph "Acoustics of the Ocean" (1974), as part of the group of authors.

Copyright certificate N 61535; registered in the State Register of inventions of the USSR, February 23, 1972.