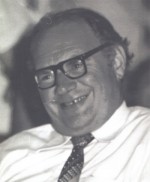 With the name of R.V. Ozmidov, a whole epoch is connected in Soviet and Russian oceanology. He is the pioneer of a new direction in marine hydrophysics - the study of small-scale turbulence and the microstructure of the ocean. He was the first to obtain a universal spectrum of the kinetic energy of ocean water movements, found an expression for the external scale of turbulence in a stratified medium, known in the world literature as the Ozmidov scale, and discovered the regularities of the diffusion of impurities in the ocean. Ozmidov was the ideological inspirer and organizer of large oceanic experiments-polygons in all oceans, at all latitudes from the Arctic seas to Antarctica. He led scientific expeditions on 11 ocean voyages, and led a number of defense projects.

Rostislav Ozmidov graduated from high school in Ivanovo with a gold medal. Having entered the Physics Faculty of Lomonosov Moscow State University, he became interested in oceanology and completed his thesis under the guidance of the famous physicist-oceanologist V.B. Shtokman.

In 1954 R.V. Ozmidov enters postgraduate studies at the Institute of Oceanology of the Russian Academy of Sciences, with which all his subsequent work activities are connected. The first scientific works of Rostislav Vsevolodovich were devoted to experimental and theoretical studies of turbulent diffusion of impurities in the sea. On the Caspian Sea, and then in the Pacific Ocean, he carried out a series of experiments with discrete particles, which made it possible to establish the validity in the marine environment of the "four-thirds" law for the dependence of the diffusion coefficient on the scale of the phenomenon. Following these experiments, R.V. Ozmidov also succeeded in obtaining a theoretical solution to the turbulent diffusion equation with a coefficient given by the "four-thirds" law. Then, in the first half of the sixties, R.V. Ozmidov conducted a series of experiments on turbulent diffusion of fluorescent dyes in the Black Sea, having obtained the first "live" distributions of the concentration of a diffusing impurity in the sea.

In 1965 R.V. Ozmidov published in the journal "Physics of the Atmosphere and Ocean" two, perhaps, the most important of his works, which brought him worldwide fame. Both of them aimed to answer the question to what extent the Kolmogorov-Obukhov theory of the similarity of locally isotropic turbulence is applicable to the ocean:

firstly, R.V. Ozmidov obtained an expression for the vertical scale of movements in a turbulent, stably stratified environment, starting from which turbulence is effectively suppressed by stratification - the subscript O on the left side of the formula comes from the name of its discoverer, Ozmidov (Ozmidov scale).

secondly, R.V. Ozmidov put forward an important hypothesis that the ocean energy supply occurs quasi-discretely, on several space-time scales, differing in order of magnitude, and, therefore, there may be several successive "inertial" intervals of the Kolmogorov type.

In 1968 Rostislav Vsevolodovich defended his doctoral dissertation and published his first monograph "Horizontal Turbulence and Turbulent Exchange in the Ocean", which later became the reference book of several generations of ocean physicists. In the same year, the Marine Turbulence Laboratory was created, which he headed and directed for 30 years until his death. The main task of the Laboratory was the experimental and theoretical study of the properties of three-dimensional small-scale ocean turbulence. Now it is no longer a secret to anyone that the development of this new field of oceanology was largely determined by military-applied problems, mainly associated with the possibility of detecting submarines along a turbulent wake. At about the same time, research teams to solve similar problems appeared in the United States and Canada. New tasks required the creation of a completely new measuring technique - turbulimeters, which allow measuring high-frequency fluctuations in the speed of water movement and its scalar properties with scales of up to several millimeters. In the early seventies, such a technique was created in the Special Design Bureau of the Institute of Oceanology under the general scientific leadership of R.V. Ozmidova.

In the seventies and in the first half of the eighties, under the leadership of R.V. Ozmidov, a number of scientific expeditions were carried out, the result of which was the modern, which have already become classical, ideas about ocean turbulence. It has been shown that turbulence in the ocean is characterized by spatio-temporal intermittency, which is apparently the only form of turbulence existence in a medium with highly stable stratification. These results were summarized in the monograph "Ocean Turbulence" published in 1981 (co-authored with A.S. Monin).

A special place in the scientific work of R.V. Ozmidov is concerned with studies of turbulent diffusion of impurities in the ocean. As already noted, the first scientific works of R.V. Ozmidov were devoted to this topic. Subsequently, switching to another scientific subject, Rostislav Vsevolodovich did not forget his "first love", and in the Laboratory he headed, each graduate student was invited to try his hand at one or another aspect of modern research on turbulent diffusion of impurities in the sea. The result of this kind of relay race of generations was the monograph by R.V. Ozmidov "Diffusion of impurities in the ocean", in which the results of the author and his students were generalized. It is interesting that the last of the published works by R.V. Ozmidov was also devoted to the problem of turbulent diffusion, this time for phytoplankton spots in the ocean (Oceanology, 1998).

R.V. Ozmidov is the author of over 350 published works, including 12 monographs, most of which were republished abroad. Under the leadership of V.V. Ozmidov, 25 candidate and 8 doctoral dissertations were defended. R.V. Ozmidov was awarded the Liege University Medal of Merit in Oceanography. In 1990 he was elected a corresponding member of the USSR Academy of Sciences.

The benevolence and charm of Rostislav Vsevolodovich, multiplied by talent, encyclopedic knowledge and devotion to science, attracted young people to him. In many parts of the world you can find oceanologists who are his students: in Russia, Ukraine, Azerbaijan, Georgia, Estonia, Lithuania, Poland, Bulgaria, Vietnam, Germany, Holland, Australia, Canada, USA.