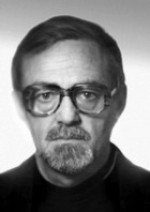 The son of the famous physiologist Academician V.V. Parin. In 1955 he graduated from the Moscow Technical Institute of the Fishing Industry and Economy.

since 1973 - Head of the Laboratory of Oceanic Ichthyofauna of the Institute of Oceanology of RAS.

Member of twenty major sea expeditions. He developed the theoretical foundations of the zoogeography of the pelagic zone of the ocean, substantiated the classification of oceanic fish by biotopes and areas, and identified the ways of formation of oceanic ichthyofauna. He was the founder of the Russian school of oceanic ichthyology, the author of several monographs and more than 300 scientific works devoted to the study of the morphology and taxonomy of fish, ichthyogeography and commercial oceanology. He described over 140 species of marine fish that were new to science.

In honor of N.V. Parin, colleagues named several dozen new species of fish, including a new species of sharks, Planonasus parini, the first specimen of which was caught during the 17th cruise of the RV "Vityaz".

Laureate of the USSR State Prize (1977).
In 2000 he was awarded the Berg Gold Medal of the Russian Academy of Sciences "For outstanding work in the field of geography, biogeography and ichthyology."