Shirshov Institute of Oceanology of Russian Academy of Sciences today 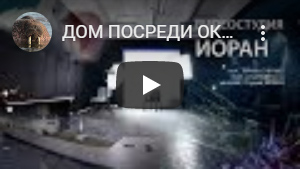 Welcome to the official website of Shirshov Institute of Oceanology of the Russian Academy of Sciences (IO RAS).

Our Institute is the oldest and the largest Russian research center in the field of oceanology.

The Institute deals with complex study of the World Ocean and the Russian seas. IO RAS is the only scientific center in Russia that conducts research in all areas of marine sciences, including physics, climatology, chemistry, biology and geology of the ocean. The subject of the Institute’s activity is the implementation of fundamental and applied research in the field of oceanology with the use of research fleet, aircraft, underwater and space vehicles and other technical means. Our Institute designs marine equipment for its research as well.

The Institute was established by a resolution of the Presidium of the USSR Academy of Sciences in 1946 on the basis of the Oceanology Laboratory set up in 1941. Peter Shirshov became the Institute’s first Director. Together with P. Shirshov, the well-known scientists like Lev Zenkevich, Veniamin Bogorov, Semen Bruyevich, Alexei Dobrovolsky, Pamteleimon Bezrukov, Ivan Papanin, Vladimir Shtockman and others took an active part in the formation of the new scientific center.

Today, Shirshov Institute of Oceanology is an ensemble of 1,269 employees including 116 doctors of sciences and 262 candidates of sciences in several disciplines. There are 2 Full Members (Аcademicians) and 6 Corresponding Members of the Russian Academy of Sciences among the Institute’s staff. 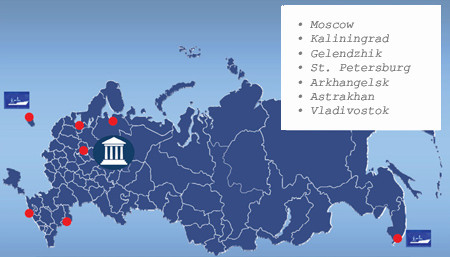 The Institute carries out research in the following areas:

Physics of the ocean:

The structure of the waters of the oceans and seas, the diversified dynamics of ocean circulation, the mechanisms of water mixing, acoustics, optics and radiophysics of the aquatic environment, the electromagnetic fields of the ocean, mathematical modeling of physical processes in the ocean, remote methods of studying the ocean.

Geological, geophysical, geomorphological and biogeochemical foundations of the formation and evolution of the lithosphere and mineral deposits, the development of the theory of tectonics of lithospheric plates, the geodynamic evolution of the Arctic and the study of the transition zone from the ocean to the continents, the study of suspended matter and sedimentation, the transport of matter and its transformation at the bottom- water

The heat transfer by sea currents and vortices, energy exchange at the ocean-atmosphere boundary, air circulation anomalies, extreme weather and climatic conditions on the continents, experiments with global climate models.

Development and testing of new technologies for studying and developing the World Ocean:

Complex research in the key areas of the World Ocean:

The study of the natural systems of the seas of Russia, including the Arctic seas all along the Northern Sea Route. Research in areas of the World Ocean that are of primary importance for the formation of global water circulation and climate anomalies (the subpolar part of the Atlantic Ocean, straits on the borders of the oceans and seas, the Southern Ocean)

Extreme and dangerous phenomena, natural and man-made disasters in the ocean:

Investigation of underwater earthquakes and tsunamis, underwater landslides, methane emissions, abnormal storms and disturbances, oil spills, the consequences of anthropogenic impact on the natural environment and emergency situations at technological facilities, assessing the mass development of harmful marine organisms, risks and threats to the environmental situation and economic activity.

An integral part of the Institute's activities is the organization and conduct of scientific research marine expeditions.

The Institute is a shipowner and, on the rights of operational management, operates ships on its own behalf, ensuring compliance with mandatory rules and regulations of the legislation of the Russian Federation and international conventions on navigation, safety of navigation and prevention of environmental pollution.

The structure of the Ocean Expedition Center of the IO RAS , the operational management of which is the core of the Russian scientific fleet - five large-tonnage and medium-tonnage vessels, and during 2017 the procedure for transferring 9 more to the operational management of the Center (including 8 scientific ships of the Far Eastern Branch of the RAS) will be completed. This allows the Institute to carry out the whole range of works on ocean research: from obtaining primary data of observations in the World Ocean to the publication of scientific results in the world's leading specialized journals.

The Institute carries out the state task, formed and approved by the FASO of Russia, taking into account the proposals of the Russian Academy of Sciences. In 2016, the number of basic topics of the state assignment was 64, in 2017 - 63.

In 2013 and 2016 the Institute was supported by two mega-grants in the field of ocean and climate sciences. The leaders of these grants were scientists with a world name - Pavel Groisman and Bernard Barnier.

Although the activities of the Institute are focused primarily on the generation of knowledge of a fundamental nature, the use of this knowledge is of great practical importance.

Scientific and methodological guidance of the Institute is carried out by the Russian Academy of Sciences, which consists in participating in: