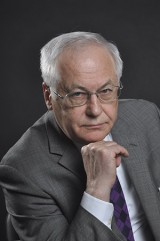 Academician of RAS (1991),
DSc (Physical and Mathematical Sciences) (1971),
Professor (1978), member of the Presidium of RAS (since 2006),
Director of the Shirshov Institute of Oceanology RAS (2006-2016),
Scientific Director of IO RAS (since 2017),
Head of the Department of Gas and Wave Dynamics, Faculty of Mechanics and Mathematics,
Lomonosov Moscow State University (since 2010),
Professor at the Skolkovo Institute of Science and Technology

Send a message via the form of the site

R. Nigmatulin was born in 1940 in Moscow in the family of a professor. He received a wide education, graduating with honors from Bauman MVTU (1963, Faculty of Power Engineering) and Lomonosov Moscow State University (1965, Faculty of Mechanics and Mathematics).

In 1987, R.I. Nigmatulin was elected a corresponding member of the USSR Academy of Sciences, in 1991 an academician of RAS.

R.I. Nigmatulin is the creator of an outstanding scientific school in the field of mechanics and hydrodynamics. His students, famous scientists, work in Russia, Ukraine, the USA, Canada, Israel, and Vietnam.

Career R.I. Nigmatulin as a major leader and organizer of science received an impetus in 1986, when at the invitation of the Chairman of the SB RAS V.A. Koptyug and Academician V.P. Melnikov, he and a group of students moved to Siberia to organize the Tyumen Scientific Center of the SB RAS and the Institute of Mechanics of Multiphase Media. In 1988 he was actively involved in state activities: he became a member of the Bureau of the Tyumen Regional Committee of the CPSU, a delegate to the XIX All-Union Conference of the CPSU.

In 1993, the Presidium of the RAS appointed RI Nigmatulin Chairman of the Ufa Scientific Center of the Russian Academy of Sciences. On his initiative, the most active doctors of sciences working at the UC RAS, universities and industry institutes as members of departments were invited to work in the General Meeting of the AS of RB. The reorganization of the Academy of Sciences of RB made it possible to intensify cooperation between academic, university and industry institutes, and to increase funding for institutes at the expense of the republican budget.

In 1996, R.I. Nigmatulin was elected President of the Academy of Sciences of the RB and headed both academic organizations in Ufa - the Ufa Scientific Center of RAS and the Academy of Sciences of RB. For 13 years, he led the work of a huge diverse scientific team, including institutes of mathematics, mechanics, physics, chemistry, biology, biochemistry and genetics, herbicides, metal technology, geology, economics, oil production, oil transportation, oil refining, petrochemicals, philology and history, occupational medicine, eye diseases, agriculture.

As the President of the Academy of Sciences of RB, the widest erudition of Academician Nigmatulin and his scientific and organizational talent manifested itself. Not only the scientific activities of scientists, but also their work in state bodies, became more active, the authority of science increased. At the expense of the republican and federal budgets, construction of housing for scientists was started, a modern laboratory building for the institutes of the Ufa Scientific Center of RAS was built.

At this time, R.I. Nigmatulin in parallel with scientific work conducts state activities. He led the development of programs for the socio-economic and humanitarian development of Bashkortostan. For the first time, an intersectoral balance of the economy of the Republic was developed. In 1995, Academician Nigmatulin was elected a deputy of the State Assembly of RB, and in 1999, in a tense struggle, he was elected as a deputy of the State Duma of the Russian Federation, where he headed the Supreme Environmental Council. He led the creation of the most important law on the regulation of work with irradiated nuclear fuel, which was adopted in 2001. As a deputy of the State Duma R.I. Nigmatulin actively defended the position of the Russian Federation in the Parliamentary Assembly of the Council of Europe.

In 2006, academician R.I. Nigmatulin was elected a member of the Presidium of RAS and Director of the Shirshov Institute of Oceanology of RAS - one of the largest institutes of the RAS, which combines a wide range of ocean sciences: physics, mathematics, biology, ecology, geography, geology, chemistry and engineering science.

During a meeting with V.V. Putin in 2010 on Lake Baikal Nigmatulin R.I. convinced him of the need to strengthen financial support for the research fleet of the Academy of Sciences. Active work with the assistant to the President of the Russian Federation A.A. Fursenko and the head of FANO M.M.Kotyukov allowed to radically change the work of the fleet of the RAS. Largely thanks to the efforts of R.I. Nigmatulin, state funding of the scientific fleet of the Russian Academy of Sciences increased 6 times and reached 1 billion rubles a year. At his suggestion, the Center for Maritime Expeditions and Fleets at the IO RAS was created, which contains all the vessels of academic institutes that carry out research in the ocean and fresh waters.

For his scientific, pedagogical and state activities, Academician R.I. Nigmatulin was awarded the Lenin Komsomol Prize (1973), the USSR State Prize (1983), the Prize of the Government of the Russian Federation (2012), Orders of Honor (2000) and For Merit to the Fatherland, 4th degree (2011).

Currently, R.I. Nigmatulin is Scientific Director of Shirshov Institute of Oceanology of the RAS, member of the Presidium of the RAS, head of the Department of gas and wave dynamics of the Faculty of Mechanics and Mathematics of Lomonosov Moscow State University and professor at the Skolkovo Institute of Science and Technology.

Academician R.I. Nigmatulin is an active promoter of the achievements of domestic science. He has spoken at many dozens of Russian and international scientific forums in mechanics, physics, technology, oceanology, climatology, and economics. As a visiting professor, he gave lecture courses at universities in the USA, China, France, and Great Britain. He constantly appears in the media as a popularizer of science.

He is the author of more than 200 scientific publications, including 10 books, and 21 inventions. The most famous are: