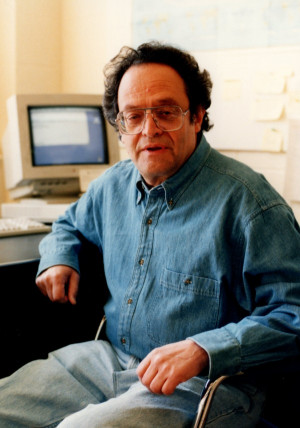 On June 12, 2021, in the 90th year, a major Russian oceanologist, one of the founders of modern geophysical hydrodynamics, professor, doctor of physical and mathematical sciences Vladimir Moiseevich Kamenkovich passed away.

For many years, his scientific activity was associated with the Institute of Oceanology, where Vladimir Moiseevich came in 1954 after graduating with honors from the Faculty of Mechanics and Mathematics of Moscow State University. He entered the postgraduate study at the Department of Dynamics of Marine Currents, which was headed by the country's largest specialist in the field of ocean physics, Professor V.B. Shtokman. In graduate school V.M. Kamenkovich developed a method for calculating large-scale currents in non-simply connected regions, which is used in oceanology to this day. In 1961 he defended his PhD thesis on "Towards the Theory of the Antarctic Circular Current".

The most important contribution of V.M. Kamenkovich to the study of boundary currents and their role in large-scale ocean circulation. He was one of the first to investigate the influence of bottom topography, stratification and nonlinearity on the dynamics of western boundary currents. In 1963-1968. V.M. Kamenkovich developed the theory of inertial-viscous boundary layers in a rotating fluid, which, along with the classical works of Charney and Morgan, makes it possible to explain a number of important effects observed in the real ocean: separation of the western boundary current from the coast, its unsteadiness behind the separation point, and the non-existence of a slowed-down boundary layer etc. The results of these studies formed the basis for the doctoral dissertation "Problems of the nonlinear theory of stationary ocean currents", which V.M. Kamenkovich defended in 1968.

Since the 70s V.M. Kamenkovich actively worked on the problem of small oscillations in a rotating stratified spherical layer, which is extremely important for the physics of the ocean and the atmosphere. He investigated the dispersion relations and structure of virtually all types of waves that exist in the ocean. It is necessary to especially note the solution to the question of the legality of the traditional approximation: he showed that this approximation can be used to describe all types of oscillations except inertial ones.

In the mid-1970s, intensive studies of synoptic variability of the ocean began, large-scale experiments POLYGON, POLYMODE, and a number of others were carried out. Kamenkovich actively participated in the preparation and interpretation of these experiments. Under his leadership, a numerical model was created for the regional hydrodynamic forecasting of synoptic movements in the open areas of the ocean, which made it possible to describe a number of important physical features of synoptic eddies in the open ocean.

Of particular interest is his work on the eddies of the Agulhas Current, showing that intense baroclinic eddies can "jump" over high ocean ridges and spread into the South Atlantic. Kamenkovich is one of the authors of the fundamental monograph "Synoptic Eddies in the Ocean" (Kamenkovich, Koshlyakov, Monin, 1982), translated into English and withstood the second edition in 1987.

V.M. Kamenkovich has published 4 monographs and over 100 scientific articles in peer-reviewed journals. Kamenkovich's works have earned wide international fame. In 1972, he was awarded the Sverdrup Gold Medal by the American Meteorological Society for his work on the theory of ocean currents, a prestigious award that was awarded to such classics of oceanology as Henry Stommel, Walter Munk and Kirk Brian. V.M. Kamenkovich was a member of the Scientific Steering Group of the international WOCE program (1988-1992), was a member of the editorial boards of the international journals "Oceanology", "Dynamics of atmospheres and oceans", "Journal of marine systems", "Journal of Atmospheric and Ocean Science".

Kamenkovich was a brilliant teacher and lecturer, his courses were always carefully thought out and organized. The lectures he read for the students of the Moscow Institute of Physics and Technology in 1966 - 1993, eventually transformed into an excellent book "Foundations of Ocean Dynamics" (Kamenkovich, 1972), translated into several languages. This book, along with "Geophysical Hydrodynamics" by J. Pedlosky and "Dynamics of the Ocean and the Atmosphere" by A. Gill, forms the basis of modern geophysical hydrodynamics.

Under the leadership of V.M. Kamenkovich, 12 graduate students defended their candidate dissertations, one of his students defended his doctoral dissertation. Most of his students formed the core of the Laboratory of Geophysical Hydrodynamics at Shirshov Institute of Oceanology, headed by Kamenkovich from 1974 to 1994. At the University of Southern Mississippi (USA), where he worked since 1996, Kamenkovich prepared five new courses and 6 doctors (PhD).

Colleagues, friends, the directorate of the Institute of Oceanology, the editorial board of the Journal Oceanological Research grieve together with the family and friends of V.M. Kamenkovich and express their sincere condolences. The bright memory of Vladimir Moiseevich will remain in our hearts.