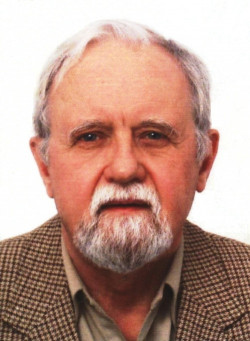 On July 30, 2021, an outstanding scientist in physical oceanography, laureate of the Makarov Prize, Mikhail Koshlyakov has passed away. He was Doctor of Physical and Mathematical Sciences, Honored Professor of the Moscow Institute of Physics and Technology, Chief Scientist, the founder and the first Head of the Laboratory of Marine Currents the Shirshov Institute of Oceanology of Russian Academy of Sciences. Prof. Koshlyakov made major contributions to studies of temporal and spatial variability of oceanographic variables over a broad range of scales.

During his long career, he participated over two dozen scientific expeditions, and was the head of many of them. These include such major ocean projects as Polygon–67, Polygon–70, POLYMODE, MEGAPOLYGON, ATLANTEX–90. His expeditions extended to regions of the western boundary currents of the Atlantic, Indian, and Pacific Oceans, to observe new, previously unknown phenomena of the circulation of the World Ocean waters. Prof. Koshlyakov was the lead author of the discovery of open-ocean mesoscale eddies made by a team of oceanographers at the Institute of Oceanology at the turn of the 1960–1970s. This discovery became a milestone in oceanography of the 20th century that dramatically changed our understanding of the processes governing the Ocean and their influence on the Earth's climate. From mid-1960s to early 1990s, Prof. Koshlyakov was a direct participant and subsequently the leader of the main domestic and international experiments on the study of ocean eddies.

We miss him very much.

It is indeed a sad occasion that Mikhail Koshlyakov is no longer with us. I knew him through Polygon-70, POLYMODE and then WOCE.
We have all privileged to have lived and worked through this exciting era for ocean science. In the 1960s and 70s we had only some vague ideas of how complicated the oceans were. Now thanks to the insights of many people of whom Mikhail was one , and through technical advances we can monitor the state of the oceans and understand how important they are for our planet.
Rest in Peace.
Dr W. John Gould, National Oceanography Centre, Southampton, UK

Dear colleagues, With deep sadness I learned about Michail Nikolaevich's death. He was a wonderful person and one of the leaders of the grand team of oceanologists which brought national science a broad international recognition. Please, pass my most sincere condolences to his family.
Alexander Voronovich, NOAA, ESRL Physical Sciences Division, USA