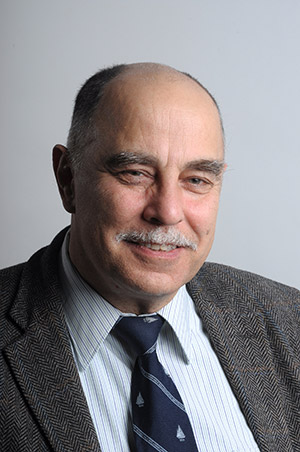 Position:
Head of the Laboratory of hydrological processes

Doctor of Sciences in Physics and Mathematics (1990).

Head of Laboratory of Hydrological Processes at the Shirshov Institute of Oceanology (1993).

Eugene Morozov has been working at the Shirshov Institute since 1970.

The main fields of his research are internal waves and ocean circulation. He is a field oceanographer, and his work includes field measurements, data collecting, processing and analysis. The main result of his research is discovery of the fact that the main source of internal tide generation is interaction between the barotropic tide and submarine ridges. Previously it was considered that the major generation occurs over continental slopes. He constructed a chart of internal tide amplitudes in the World Ocean. He found that approximately a quarter of the barotropic energy dissipation is spent on the generation of internal tides over submarine ridges. These results were published in: E. Morozov, Semidiurnal internal wave global field, Deep-Sea Research, vol. 42, No 1, 1995, 135-148.

The recent scientific activity of E. Morozov is related to the flows in the abyssal channels of the Atlantic: Vema Channel, Romanche and Chain fracture zones, Kane Gap, Vema Fracture Zone, and others. These results were published in: E. Morozov, A. Demidov, R. Tarakanov, W. Zenk, Abyssal Channels in the Atlantic Ocean: Water Structure and Flows, Springer, 2010. Eugene Morozov is the author of 218 publications including four books.