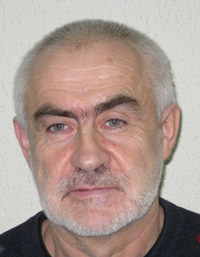 Position:
Head of the laboratory of marine turbulence

Physicist-oceanologist, doctor of physical and mathematical Sciences (1990), Professor (2000), from 1998 – head of Laboratory of marine turbulence.

In 1968 he entered the Moscow physical-technical Institute, and in 1974 he graduated of the MPTI. In 1977 he defended his thesis and began working in the Laboratory of marine turbulence of the Institute of Oceanology. In 1990 he defended his doctoral thesis on "The fine thermohaline structure of the ocean: forms of existence and mechanisms of generation".

His research interests include experimental and theoretical studies of turbulent mixing and diffusion, fine thermohaline stratification, as well as observations and numerical modeling of mesoscale processes in the ocean (eddies, jets, fronts). In recent years, he actively involved in international scientific cooperation, having worked a long time at the oceanological centers in South Korea, Finland, and Estonia as a visiting scientist.

He is an active participant in the forwarding work of the Institute, he spent in total ocean trips about 3 years as a member of the expedition, the head of the unit, the deputy chief and the chief of the expedition.

In 1977 he created a pop-up model of a turbulent jet in a stratified environment, which is still successfully used in the international project on monitoring of the pollution distribution in the ocean while dumping municipal sewage into the Bay Mamala, Honolulu, Hawaii. In 1981 he, together with N.P.Kuzmina theoretically considered the problem of the spreading of mixed spot in a rotating stably stratified fluid, which was the first description of the dynamics of intra-thermoclinic anticyclonic lenses. In 1983-1986 in 4 ocean expeditions he carried out a systematic research of the phenomenon of quasipermanent stepwise stratification of the main thermocline in the North-Western part of Tropical Atlantic. The new result of the research was the understanding of the role of the intrusive processes in the formation of thermohaline staircases.

In addition, he has developed an algorithmic classification of forms of thin thermohaline structure of the ocean (1987). In 1988, through empirical analysis of the profiling data in the frontal zone of the Gulf stream, it was first investigated the effect of baroclinity on the process of intrusional stratification. In the Baltic sea it was discovered sub-surface cyclonic eddies, having the form of concave lenses in the field of density-antipode of intra-thermoclinic anticyclonic vortices (convex lenses). The mechanisms of formation of subsurface cyclonic eddies-anti-lenses were discovered (1997-2005).

He developed a new method of statistical calculation of the effective coefficient of lateral exchange in the ocean according drifters, free from the masking effect of shift of flow rate. The application of the method to the global data array of the drifters made it possible first to construct maps of the coefficient of lateral exchange in the Pacific and Atlantic oceans. According to the drifters it was first obtained instrumental evidence of the existence of the Subtropical counter-current in the Pacific ocean in the southern hemisphere (2001-2004).It was created an eddy-resolving numerical model of the Baltic sea in order to adequately simulate of the mesoscale processes.

On the basis of numerical experiments with eddy-resolving ocean model it was investigated the stability of the baroclinic coastal jet associated with coastal up - and downwelling.

He is the author of over 60 articles.