Heads of laboratories of the biology direction 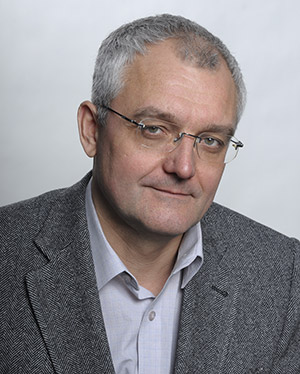 Position:
Head of the Laboratory of benthic fauna of the ocean

biologist, doctor of biological Sciences (2004), from 2002 – head of the Laboratory of benthic fauna of the ocean.

In 1982 he graduated from the Biological faculty of Moscow state University and in 1986 he defended his thesis on deep-sea holothurians. Since 1987 – he is the junior researcher of the laboratory of benthic fauna of the ocean, Institute of Oceanology.

In the first years of operation he participated in a series of expeditions to study shallow-water hydrothermal springs in the Western Pacific. In 1991 he made the first dive on the submersible "Mir" and since then regularly participated in studies hydrothermal fauna of the Mid-Atlantic ridge using deep-sea submersibles. In addition to DSS "Mir" he sank on devices "Pisis" and "Alvin".

In 1993-1995 he is a fellow of Alexander von Humboldt fund in the period of work at the Institute of hydrobiology and fisheries research of the University of Hamburg in the group of professor Hjalmar Thiel.

In 1995-1996 he is a fellow of the London Royal society, worked at the Oceanographic centre of Southampton (UK) in the group of professor Paul Tyler.

He is the author of a series of works on nutrition hydrothermal shrimps, one of the developers of the ideas about symbiotrophic diet of shrimps and versatility trophic structure of hydrothermal communities. Under his leadership, the community of the hydrothermal field Logachev (Mid–Atlantic ridge) and the mud volcano Haakon Mosby (Norwegian sea) was first described.

With his participation it was for the first time compiled and analyzed in a comparative perspective the information on the hydrothermal fauna of all known hydrothermal fields of the Atlantic ocean.

He maintains extensive international connections, he is a member of the scientific committees of the following international projects: "Euro Census of Marine Life", ChEss (Biogeography of Chemosynthetic Communities), АгсОD (Агсtic Ocean Diversity), МАR-EDC (Раtterns and processes of the ecosystems of the northern Mid-Atlantic). He is also included in the "InterRidhe Biology Working Group".

He is a member of the editorial boards of the journals "Marine Biology Research" and "invertebrate Zoology".

He is the author of about 100 publications, including 1 monograph. He was the editor in 2 books. He is the executive editor and co-author of the monograph "Biology of hydrothermal systems" (2002).