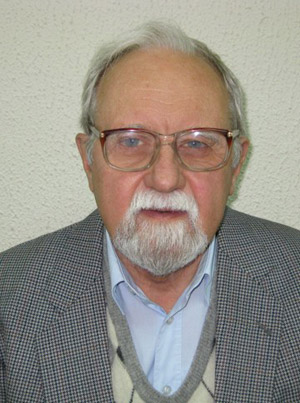 He graduated in 1953 the Geographical faculty of Leningrad University with a diploma with distinction and first prize at the University contest of student works. In the same year he entered the postgraduate school of the IO AS to Professor V.B.Shtokman, which scientific views and personality made a profound influence on him.

Among his early scientific results it can be distinguished the development in the mid 1960s of the exact hydrodynamic interpretation of the known method boxes (reservoirs) in Oceanology.

Main scientific achievements are connected with the study of the synoptic eddies of the open ocean phenomenon, the opening of which at the turn of 1960-1970s was an outstanding event in the oceanology. He was a direct member of all major domestic experiments to study vortices, conducted from mid-1960s to early 1990s.

Data analysis of these experiments, done jointly with his students and employees, led to several fundamental results on the structure and dynamics of vortices, including the first maps of the vortices based on the results of the calculations.

The experimental evidence of the generation of vortices due to baroclinic instability of large scale flows is received, the analysis of interactions between vortices were done (POLIMODA", 1977-1978, the Atlantic ocean and "Maegapolygon", 1987, Pacific ocean).

The discovery of synoptic eddies of the open ocean was in 1980 under the authorship of L.M.Brekhovskikh, V.G. Cort, M.N.Koshlyakov and L.M.Fomin.

Since the early 1990s, his research interests switched to the study of the Southern ocean. In 1992, in the framework of the largest international programme the WOCE (World Ocean Circulation Experiment), he headed the Russian-American expedition in the Pacific Antarctic. The data analysis of this and other Antarctic expeditions allowed him with the staff to obtain a number of important results on the hydrology, dynamics and climate of the Southern ocean, including the opening and calculation of Pacific-Antarctic cell of the Global ocean conveyor.

The most important result achieved in 2003-2004, is obtaining by mathematical modeling and analysis of experimental data the proof of formation of the Antarctic intermediate water due to isolation and further attenuation of the cyclonic eddies of the Subantarctic front.

He had been teaching at the Department of thermohydromechanics of Moscow Institute of physics and technology since the founding of the Department in 1966, reading a course of lectures on physical oceanography and supervising undergraduate and graduate students.

He is the professor, Department of thermohydromechanics ocean MIPT, the deputy editor of the journal "Oceanology", a member of the editorial Board of the journal "Physics of atmosphere and ocean".