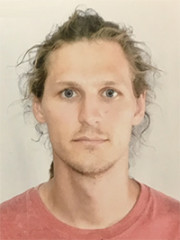 Alexander Osadchiev graduated from the Lomonosov Moscow State University (Department of Mechanics and Mathematics) in 2009. Thesis was defended at the Laboratory of Number Theory under the supervision of Prof. Dr. Yuri Nesterenko. Thesis topic: "On the search for elliptic curves with a rational group of large rank."

Alexander Osadchiev created a specialized theory of the formation, spreading and mixing of small river plumes, which account for about 25% of the freshwater and 40% of terrigenous sediments coming from land to the World Ocean. In addition, he performed comprehensive studies of large-scale transport and transformation of freshwater runoff in the Russian Arctic seas, which plays a key role in variability of the ice cover and regional albedo, which affects global climatic processes.