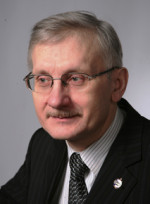 Deputy Director of Information Resources, Technology and Publishing
Head of IT Center
Chief Editor of the OCEAN.RU portal
Managing editor of the Journal of Oceanological Research

In 1982, he graduated Faculty of Aerophysics and Space Research at Moscow Institute (University) of Physics and Technology on the Chair of Prof. S.S. Voit of The Ocean Thermohydrodynamics. In 1987, he graduated from the postgraduate School of the Shirshov Institute of Oceanology, RAS.

From 1980 to 1981, he combined studies with a software engineer at the Laboratory for Numerical Cloud Modeling, and from 1981–1982 as engineer of the Computing Center of the Central Aerological Observatory of the State Committee for Hydrometeorology of the USSR.

After graduating from MIPT from 1982 to the present, he works at the Shirshov Institute of Oceanology RAS, in the positions of trainee researcher at the Laboratory of Deep-Sea Geomagnetic Research, since 1984 - junior researcher, 1986 - researcher of the Laboratory of Ocean Optics, 1993 - senior researcher, 1995 - principal specialist, and since 1997 - Head of the Information Technology Department. After 2017, he combines the position of Head of IT Department and Head of Editorial Board of the Journal of Oceanological Research and since 2018 - Chair of the Publishing House of the Shirshov Institute of Oceanology.

In 1982, at the Laboratory of Deep-Sea Geomagnetic Research, he studied and numerically simulated fluctuations in the fine structure of the geomagnetic field of sea currents and waves. Using the vertical distribution of the flow velocity and the geoelectric section of the bottom, he obtained a quantitative estimate of the magnetic anomaly of hydrodynamic origin in the Gibraltar Strait, and calculated the vertical and latitudinal distributions of perturbations of the magnetic field. From 1982 to 1986, together with the Institute’s Technical Sector, he took part in the development of the MPM-6 deep-sea proton magnetometer and the creation of the Sound-6 deep-sea towed underwater vehicle.

During 1986 - 1991, at the Ocean Optics Laboratory he participated jointly with the Acoustics Department and supervised the creation of the DSV shipboard laser scanning system installed at the RV “Akademik Sergey Vavilov” and RV “Akademik Ioffe”. In 1992 - 1995 he carried out the development of a technological network infrastructure for receiving and processing data from the SeaWiFS (Sea-Viewing Wide Field-of-View Sensor) Project, and in 1996 he created a computer network of the Institute of Oceanology and a telecommunication node of the Russian Space Science Internet Network (RCNSI) together with Space Research Institute RAS and NASA Internet.

In 1997, he created the Information Technology Department of the Institute of Oceanology and appointed its Head. He leads the creation of the information resources of the Institute of Oceanology. In 2001, with the financial support of the Russian Foundation for Basic Research he leads the creation of a repository of oceanological research data - OceanDB and in 2006 - a high-speed backbone fiber-optic network of the Southern Branch of SIO RAS, which realizes the possibility of continuous measurement of marine parameters in the coastal zone with data reception, storage and transmission via channels the Internet.

In 2006–2012 he was the science manager in R&D Project of the SeaDataNet–RAS Center in the structure of the Unified System of Information on the World Ocean within the framework of the State project, jointly by Roshydromet and WDC (Obninsk). Since 2017, he has been appointed as the Head of the Editorial Board of the Journal of Oceanological Research, published since 1959. He creates an electronic version of the Journal of the same name. Since 2018, he appointed as the Head of the Publishing House of the Institute of Oceanology and organized the publishing activities of the Institute.

Since 1979, since his student years he has been participating in 9 scientific expeditions of the Institute of Oceanology as: engineer, researcher, team leader, scientific secretary of the expedition, deputy Chief of the expedition, Head of the expedition. He organized and conducted a number of expeditions in the Black and Barents Seas. He participated in 57 international scientific conferences and symposia, exhibited his scientific and technical developments at the Exhibition of Economic Achievements of the USSR and international exhibitions in England, Finland, France, and Japan. He is the author of more than 80 scientific papers and 2 inventions, awarded the Silver Medal of the Exhibition of Economic Achievements of the USSR, diplomas: Ministry of Education and Science of the Russian Federation, Moscow Regional Duma.

back to top
You are here:HOME/Supporting Units/Center for Information Resources, Technologies and Publishing (IT Center)/Employees of the Information Technology Center/Sergey Sviridov