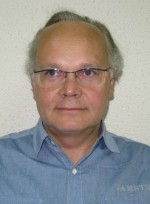 A. Ostrovskiy graduated from the Department of Oceanology, Faculty of Geography, Moscow State University in 1979, defended his thesis "Patterns of variability of surface temperature anomalies in the North Atlantic Ocean" in 1983. He has been working at Shirshov Institute of Oceanology of RAS since 1982.

A. Ostrovskiy belongs to the scientific school of professor K. Fedorov, which is distinguished by a broad view of oceanography. Member of 10 ocean expeditions, starting with cruise of the RV “Akademik Kurchatov” under the program “Polimode”. He established himself in such scientific works as the monograph "Advection and Diffusion in Random Media: Implications for Sea Surface Temperature Anomalies" (co-authored with L. I. Piterburg, publishing house Kluwer, 1997), and actively participated in the Russian-Japanese-Korean scientific the Circulation Research of the East Asian Marginal Seas project in the Sea of ??Japan, as well as the management of the Kuroshio Observation Program of the Japan Center for Marine Science and Technology (JAMSTEC). In particular, with his direct participation, measurements of the currents were carried out, which made it possible to discover deep quasi-barotropic eddies in the northern part of the Yaponomorsky basin. He has published about 70 articles in peer-reviewed scientific periodicals, including leading foreign scientific journals: J. Oceanography, J. Computational Physics, J. Physical Oceanography, J. Geophysical Research, Geophysical Research Letters, Ocean Dynamics, Deep Sea Research, Scientia Marina and Ocean Science. In total, he spent more than 11 years on business trips in Japan and Spain, where he worked concurrently as an assistant professor at Research Institute for Applied Mechanics, Kyushu University, JAMSTEC team leader, visiting professor at Institut de Ci?ncies del Mar, CSIC. He made presentations at more than 80 international symposia and conferences.

Since 2006 A. Ostrovskiy began to actively work on the creation of new technical means of oceanological research within the framework of the Center for Scientific Research of the Presidium of the RAS "Development of unique research instruments and equipment for institutions of the Russian Academy of Sciences." Under his leadership, the Akvalog autonomous anchored mobile profiling apparatus was developed. This medium is used by the IO RAS and TOI FEB RAS for research in the Black, Baltic and Japanese Seas, and has also been exported to EU countries, the UK, South Korea and Israel. In 2009, he led the R&D “Marine Monitoring Complex” with the support of the “Fund for the Promotion of the Development of Small Forms of Enterprises in the Scientific and Technical Field”. A. Ostrovskiy interacted with Russian enterprises in the fuel and energy complex regarding hydrometeorological surveys and environmental monitoring in the Sea of ??Japan and the Caspian. A. Ostrovskiy actively collaborates with the FSUE OKB Oceanological Engineering RAS. So in 2012-2014 he was the executive officer of the SC R&D "Development of technologies for the creation of integrated environmental monitoring of water areas in the areas of exploration, production and transportation of hydrocarbon materials using physical, chemical and remote control devices located at marine engineering facilities and mobile carriers" of the Federal Target Program "Development of Civil Marine Equipment" of the Ministry of Industry and Trade RF. In 2014-2016 he was the responsible executor of the Mid-Range Development Council of the RF Ministry of Industry and Trade for the development of the ocean glider. A. Ostrovskiy is the head of 2 grants of the Russian Federal Property Fund.

A. Ostrovskiy is the author of 4 patents of the Russian Federation for inventions and 3 certificates for software products in the field of oceanology.