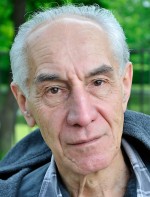 Oceanologist, optometrist, doctor of physical and mathematical Sciences (1982), since 1988 – head of the Laboratory of ocean optics.

In 1965 he graduated from the Moscow Institute of physics and technology on speciality "chemical physics" and he was employed in the Institute of Oceanology.

In subsequent years, under his leadership a new set of instruments to study the optical properties of the ocean water was created, including devices to measure light scattering in the region of small angles, the spectral metrics of absorption and attenuation in the ultraviolet region. Such measurements in the practice of expedition hydrooptical studies were previously unavailable.

In 1982 he defended his doctoral thesis on "The optical properties of the ocean water", in which many years of study of the optical properties of sea water was compiled, it was formulated a new understanding of the peculiarities and regularities of formation of these properties, as well as the physical basis of the development of methods of their practical use. The results are presented in several chapters of the two volume monograph "The ocean optics".

In 1983 he conducted the first comprehensive optical study of the waters of the Amazon and its tributaries.

For the first time he introduced the concept of "the flow of hydrooptical properties", which used to assess the relative costs of the mixing of waters and their contribution to the formation of the optical properties of the waters of the Amazon.

Since 1993, he is actively developing the methods of using data of the satellite color scanners for research and monitoring of seas and oceans.

He is a member of the international research group on satellite project SeaWiFS, SIMBIOS, ADEOS-2 (1993-2004) and the project "The effects of increased ultraviolet radiation in the Arctic" (1994-1995), he is a member of the International coordination group for the color of the ocean (1997-2001) and the Russian-American working group of the RAS-NASA "The Earth sciences", he is a co-head of projects of the Federal Target Program "The world ocean". He is the Chairman of the Dissertation Council for PhD theses in IO RAS.

He is a participant of 16 ocean expeditions.

He is the author and coauthor of more than 130 scientific papers and 6 monographs.