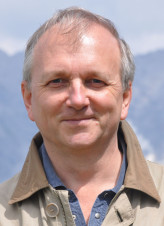 In 1982, he graduated Faculty of Aerophysics and Space Research at Moscow Institute of Physics and Technology on the Chair Prof. S.S. Voit of The Ocean Thermohydrodynamics. In 1987 he got a PhD degree with a dissertation on laboratory modeling of gravity currents. In 2000 he defended a dissertation (Doctor of the State) on investigation of coastal upwellings in the World Ocean.

Prof. Kostianoy is a specialist in the field of physical oceanography, satellite remote sensing of the oceans and inland seas, regional climate change, environmental problems. He is also an expert in satellite monitoring systems designed for offshore oil and gas industry, as well as in operational integrated satellite monitoring of oil pollution of the seas. His research interests included the Atlantic, Arctic, Indian, and Southern Oceans; the Subarctic Seas; the Baltic, Mediterranean, Black, Azov, Caspian and Aral Seas; the dying lakes and seas; and Central Asia.

In 2014, at the 40th COSPAR Scientific Assembly in Moscow Prof. Kostianoy was elected as a Vice-Chair of the COSPAR Sub-Commission A2 on Ocean Dynamics and Productivity for 2014-2018. In 2018 he was re-elected for the next four years (2018-2022) as Vice-Chair of the COSPAR Sub-Commission A2 on Ocean Dynamics, Productivity, and the Cryosphere. In 2014 he was also invited and in 2018 re-elected to the COSPAR Task Group on GEO (Group on Earth Observations) and to the COSPAR Capacity Building Workshop Fellowship Program Committee. In July 2014, as a Director, he successfully headed the Joint COSPAR and WMO Capacity Building Workshop on “Satellite remote sensing water cycle and climate change” that was held in Tver State University, Tver, Russia.

Prof. Kostianoy is an author of over 300 peer-reviewed papers and 60 books published in Springer, Elsevier and Russian editions, most of which is devoted to the study of the Black, Caspian, Aral, Baltic, Mediterranean and Arctic seas.

From 1993 to the present Prof. Kostianoy led 40 national and international research projects aimed to investigation of, in particular, the environment of the Black, Azov, Caspian, Aral and Baltic seas, oil pollution and regional climate change in the Russian seas. He headed integrated operational satellite monitoring of: (1) Exploration of the Kravtsovskoye oil field in the Baltic Sea (Lukoil D-6 oil platform) (2004-2005, 2016); (2) Construction of an offshore gas pipeline "Dzhubga-Lazarevskoye-Sochi" in the Black Sea (2010); (3) Construction and exploitation of an offshore gas pipeline "Nord Stream" in the Gulf of Finland, the Baltic Sea (2010-2013).