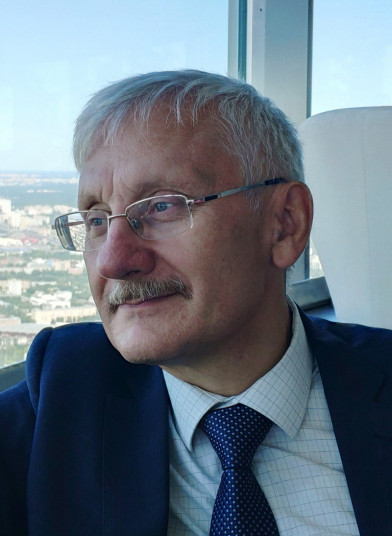 In 1982, at the Laboratory of Deep-Sea Geomagnetic Research, S.A. Sviridov was engaged in research and numerical modeling of fluctuations of the fine structure of the geomagnetic field of currents and waves. Based on the vertical distribution of the current velocity and the geoelectric section of the bottom, he quantified the magnetic anomaly of hydrodynamic origin in the Strait of Gibraltar, calculated the vertical and latitudinal distribution of magnetic field disturbances. From 1982 to 1986, together with the technical sector of the Institute, he took part in the development of the deep-water proton magnetometer MPM-6 and the creation of the deep-water towed complex "Zvuk-6".

From 1986 to 1991, at the Ocean Optics Laboratory, together with the Acoustics Department, he took part in the creation of the shipborne laser scanning complex DSV, installed on the RV Akademik Sergey Vavilov and RV Akademik Ioffe. From 1992 to 1995, he developed a technological network infrastructure for receiving and processing data from the SeaWiFS project.

In 1996, he created a computer network at the Institute of Oceanology and participated in the creation of a telecommunications hub for the Russian Space Scientific Internet Network (RSSIN) together with IKI RAS and NASA Internet.

In 2001, with the financial support of the Russian Foundation for Basic Research, he led the creation of an electronic storage of research data in oceanology - OceanDB, and in 2006, under his leadership, a high-speed fiber-optic network of the Southern Branch of the IO RAS was created, the possibility of continuous measurement of marine parameters in the coastal zone with reception, storage and data transmission over the Internet.

In 2006-2012 within the framework of the State project, together with Roshydromet and VNIIGMI MCD (Obninsk), he was the technical leader, led the development and creation of the ESIMO-NCOC-RAS center in the structure of the Unified Information System on the World Ocean (ESIMO).

Since his student years, since 1979 Sviridov S.A. participates in scientific expeditions of the Institute of Oceanology. Conducted 9 expeditions: in the Black and Barents Seas, Atlantic and Pacific Oceans. Participated in the work of 57 scientific international conferences and symposia, exhibited his scientific and technical developments at the USSR Exhibition of Economic Achievements and international exhibitions in England, Finland, France, Japan. Author of more than 80 scientific papers and 2 inventions, awarded the Silver Medal of the USSR Exhibition of Economic Achievements, diplomas of the Ministry of Education and Science of the Russian Federation, the Moscow Regional Duma.

Colleagues and friends cordially congratulate Sergei Alexandrovich on the solemn date and wish him indestructible health, inexhaustible reserves of energy and love of life, prosperity and success in both scientific and simple human life, new achievements in work, as well as spring mood and bright inflorescence of pleasant events, joys and colorful life impressions!

Thank you for the information and technical support of the Institute and for breathing new life into the Journal of Oceanological Research, which has now entered the first quartile of the overall rating of Russian scientific journals in the RSCI database. Many of our scientists have been published in the Journal for several years. And since March 23, 2021, the scientific Journal of Oceanological Research has been included in the List of Higher Attestation Commission of peer-reviewed scientific publications, having received certification in 28 specialties. In this important step forward, Sergey Aleksandrovich Sviridov's great merit as the organizer and head of the Publishing House.

Let life pleases you and everything that is planned is successful!

The IO RAS Directorate, employees of the Information Technology Department and the editorial staff of the Journal of Oceanological Research, numerous friends and colleagues congratulate Sergey Alexandrovich Sviridov on his Jubilee!

Tweet
back to top
You are here:HOME/ News/Sergey Alexandrovich Sviridov is 65 years old!