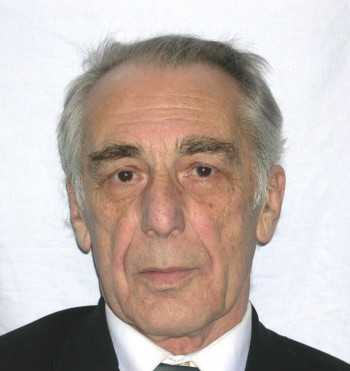 On April 30, 2021, Leonid Isaakovich Galerkin celebrated his 90th birthday - a leading researcher at the Laboratory of Large-Scale Variability of Hydrophysical Fields of the   Shirshov Institute of Oceanology of RAS, PhD (Geographical Sciences).

In 1954, Leonid Isaakovich graduated from the Arctic Faculty of the Admiral S.O. Makarov Leningrad Higher Marine Engineering School and received the specialty of "engineer-oceanologist". Since 1955 L.I. Galerkin has been working at  Shirshov Institute of Oceanology. He is one of the most honored veterans of our Institute - he has been continuously working in this institution for more than 65 years.

Since the middle of the last century, during the heyday of Russian oceanology, L.I. Galerkin took an active part in the development of many large hydrophysical programs of the Institute, carried out under the guidance of his teachers and senior colleagues - professors V.G. Kort, V.N. Stepanov, A.D. Dobrovolsky and A.S. Monin. Together with them, he had a chance to work fruitfully in a large series of oceanic expeditions, the results of which constituted the golden fund of modern knowledge about the nature and resources of the World Ocean. Based on these materials, L.I. Galerkin prepared and published more than 100 scientific works, including several monographic atlases of hydrophysical characteristics of the ocean, for which he earned a rare award - he was twice awarded the Yu.M. Shokalsky Award.

For his scientific work, Leonid Isaakovich was awarded the honorary title "Veteran of Labor", state medals "300 years of the Russian fleet" and "In memory of the 850th anniversary of Moscow."

Colleagues, friends, directorate of the  Shirshov Institute of Oceanology of RAS, the editorial staff of the journal "Oceanological Research" congratulate Leonid Isaakovich Galerkin on his 90th birthday, wish him good health and well-being, as well as new achievements in all areas of his useful activity.

Tweet
back to top
You are here:HOME/ News/Leonid Isaakovich Galerkin is 90 years old!