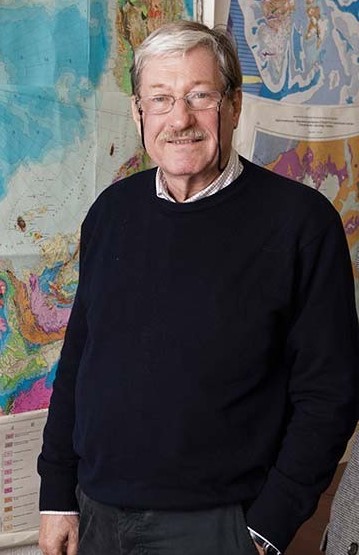 Our friend, J?rn Thiede, a famous German scientist in the field of marine geology and paleooceanology of the Arctic, passed away on July 15, 2021. He was 81. J?rn Thiede was founding director of the Institute of Marine Sciences of the G. W. Leibniz (GEOMAR, Kiel) and former director of the Alfred Wegener Institute for Polar and Marine Research (AWI, Bremerhaven). Professor Thiede made invaluable contributions to the organization and implementation of deep-sea ocean drilling projects, the study of the deep structure of the Earth. Under his leadership, or with his participation, many areas of shelves and ocean ice have been surveyed during the period 1971–2003, these include the Russian Arctic and the Antarctic coast. The results obtained by Professor Thiede are published in 22 monographs and thematic collections, in a large number (about 240) articles in the most authoritative scientific journals. Professor Thiede has always combined his intense research work with teaching and educational activities. He taught at universities in the USA, Norway, Germany, Russia, and is also an honorary professor at the University of Bremen. As a head of Germany's leading research institutes AWI and GEOMAR over the past 20 years, he has organized a number of German-Russian projects for the study of the Arctic. Thanks to his personal initiative, the Russian-German laboratory named after V.I. Otto Schmidt (St. Petersburg) was established.

We, the staff of Shirshov Institute of Oceanology, were always glad to meet with Professor Thiede. He participated in joint research, made presentations at the Schools of Marine Geology, and simply came to visit. Professor Thiede was a member of the Editorial board of the Journal "Oceanology" and a member of the Editorial board of the Journal "Oceanological Research", a member of the organizing committee of the International Conference (School) on Marine Geology. J?rn Thiede's intelligence, his wide and deep knowledge, but at the same time extraordinary modesty, excellent sense of humor and ability to laugh in difficult situations attracted people to him. We miss him very much.

Tweet
back to top
You are here:HOME/ News/Jorn Thiede passed away