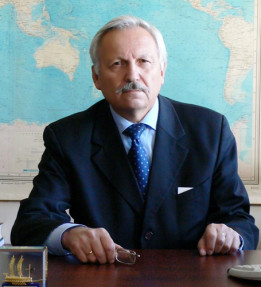 Our famous colleague, Academician of the Russian Academy of Sciences, Professor, Doctor of Physical and Mathematical Sciences Viktor Anatolyevich Akulichev, has passed away.

V.A. Akulichev was born on January 31, 1939 in Ukraine, in the town of Shpola, Kiev region. In 1956 he graduated from high school in Orhei, Moldavia with a gold medal. Then he entered the Kiev Polytechnic Institute, from which he graduated in 1961 with a degree in electroacoustics. Since 1961, V.A. Akulichev worked at the Sukhumi Scientific Marine Station of the Acoustic Institute of the USSR Academy of Sciences. In 1966 he defended his thesis for a candidate of physical and mathematical sciences. Since 1967 he worked at the Acoustic Institute in Moscow. In 1975 V.A. Akulichev defended his doctoral dissertation in physical and mathematical sciences.

Scientific interests of V.A. Akulichev were focused mainly on the problems of ocean acoustics, hydrophysics, mechanics and physics of wave processes. He was the author of more than 250 scientific papers, including several monographs: "Powerful ultrasonic fields" (1968), "Cavitation in cryogenic and boiling liquids" (1978), "Periodic phase transformations in liquids" (1986), "Wave energy stations in the ocean" (1989). Under the general editorship of V.A. Akulichev published a fundamental work in 4 books "Far Eastern Seas of Russia" (2007). The most important thing in the studies of V. A. Akulichev was the introduction of the concept of quantum cavitation into physics. In 1974, he predicted that the tensile strength of liquid helium would be limited precisely by the mechanism of quantum fluctuations. It was not until the mid-1990s that these theoretical predictions could be experimentally tested. in the US in the early 2000s. in France. Akulichev belongs to the idea of ​​dynamic stretching of liquid hydrogen in the field of ultrasound with simultaneous supercooling of it in a small volume, which received great resonance.

Tweet
back to top
You are here:HOME/ News/Viktor Anatolyevich Akulichev passed away