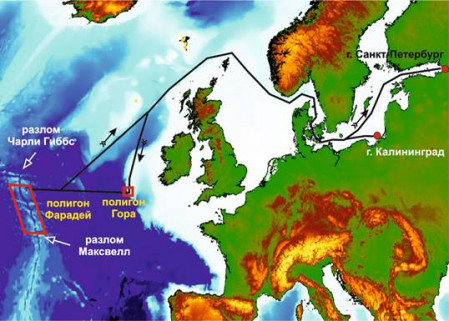 The Geological Institute of RAS organized and conducted the 53rd voyage of the RV Akademik Nikolaj Strakhov from July 7 to August 15, 2022 in the North Atlantic. Port of exit - Kaliningrad, port of arrival - St. Petersburg.

The purpose of the expedition is to conduct comprehensive geological and geophysical studies of the ridge zone of the Mid-Atlantic Ridge between the Charlie Gibbs and Maxwell faults to obtain new data on the geodynamic conditions for the formation of the oceanic crust, magmatic, tectonic and hydrothermal processes within the framework of the project "Intraplate tectonic, magmatic and hydrothermal-metamorphic phenomena in the axial part and on the flanks of the MAR in the North Atlantic”. 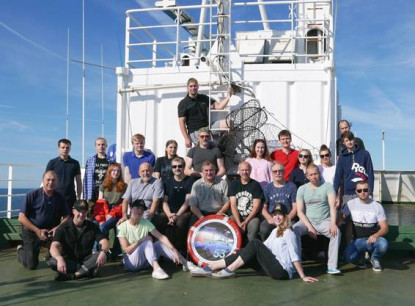 Participants of the 53rd voyage
of RV Akademik Nikolaj Strakhov

The main tasks of the expedition:

Read more about the expedition on the Russian version of the site:
https://ocean.ru/index.php/vse-novosti/item/2537-53-j-rejs-nis-akademik-nikolaj-strakhov

Tweet
back to top
You are here:HOME/ News/53rd voyage of the RV Akademik Nikolaj Strakhov