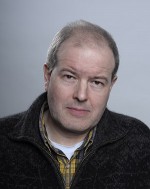 DSc on Physical and Mathematical Sciences (1997), Member of the Russian Academy of Sciences (2011), Head of the Laboratory of Ocean-Atmosphere Interaction and climate change monitoring (1994), Chief Research Officer.

In 1980, he graduated from the Geography Department of Lomonosov Moscow State University with a Degree in Oceanology.
In 1986, he defended his PhD Thesis "large-Scale thermal interaction of the North Atlantic with the atmosphere".
In 1997, he defended his DSc Dissertation "on the interaction of the ocean and the atmosphere on different space-time scales".

From 1980 to 1993, he worked in the N.N. Zubov State Oceanographic Institute of Federal Service for Hydrometeorology and Environmental Monitoring of Russia.

Since 1994, he has been working at the Shirshov Institute of Oceanology of the Russian Academy of Sciences.

He is a major specialist in ocean-atmosphere interaction, marine meteorology, and climate dynamics. He obtained fundamental results in studies of the interaction of the ocean and the atmosphere on various space-time scales, and planned and organized the unique experiments NEWFAEX-88 and ATLANTEX-90.

In 1996-1998, he was the first to construct a wind wave climatology for the North Atlantic, based on passing observations, which allowed us to estimate the momentum flows associated with the interaction of wind and waves, and for the first time to show various mechanisms that control the variability of wind waves and swells. Subsequently, such climatology was built for the entire world ocean over a century-long period. This is one of the most widely used products in marine climatology today, allowing for the first time to perform estimates of centenary wind wave trends included in the 4th IPCC report.

Under his leadership, the best to date climatology of cyclonic activity parameters was created, numerical methods for identifying cyclones that are widely used in the world were developed, and the climate variability of cyclogenesis was studied, including under the influence of ocean-atmosphere interaction processes. This made it possible to detect and explain the shift of cyclone trajectories over the Atlantic-European sector in the 1980s of the 20th century – one of the most significant climate phenomena associated with the North Atlantic oscillation.

In recent years, studies of cyclogenesis in medium-term forecast models of the European center for medium-Term Forecasts have been performed, which have significantly improved weather forecasts for medium-term periods, and fundamental results have been obtained in the field of shorting the energy balance of the ocean surface.

He obtained and justified a new class of distribution functions for heat fluxes, which made it possible to effectively integrate the flows of turbulent heat exchange over the ocean. These functions themselves are an achievement in mathematical statistics, and their application to heat exchange processes has allowed us to build a new generation of ocean–atmosphere flow climatology.

Under his leadership, 7 PhD Theses were defended in Russia and 2 PhD Theses in Germany and France. He teaches courses on ocean-atmosphere interaction, turbulence, and dynamic meteorology at Lomonosov Moscow State University and the University of Kiel (Germany), and is a Lecturer at many international schools. Many of his students became famous scientists.

He Directs and is a Member of international committees in the field of climate and ocean research. In 1993-1995 – Chairman of the Atlantic Panel on Climate Change MOK UNESCO, in 1996-2001-Head of the Working Group on Ocean–Atmosphere flows of the World Climate Program, since 2001-member, and since 2004 – Officer of the Joint Scientific Committee of the World Climate Program-the highest Advisory body in the field of climate research. Since 2006-member of the management Committee of the SOLAS program of the International Geosphere and biosphere program.

He is the author or co-author of more than 150 scientific papers, including 3 monographs. More than 40 of his works have been published in leading international journals.