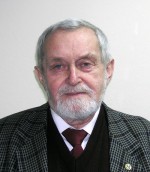 Neiman was born in 1933 in Moscow, the son of an aircraft engineer. He graduated from high school in Khimki with a silver medal in 1951. Admiral S.O. Makarov, where he received a diploma with honors and a specialty of an engineer-oceanologist. While still a cadet of this school, in 1954-55 he joined the marine expeditionary work - first in the Arctic as part of an ice patrol on the expedition ship AII "Toros", and then in the Baltic Sea on the expedition LOGOIN on the motor-sailing schooner "Professor Rudovits". In 1956-57, at the invitation of his teacher, Leningrad professor Maksimov, who headed the Soviet Antarctic Marine Expedition, he took part in the second voyage of the diesel-electric ship "Ob", which lasted about 10 months. Later, in 1959-1983, he worked in 17 large sea expeditions on the research vessels Vityaz III, Akademik Kurchatov, Dmitry Mendeleev and Akademik Vernadsky in various positions from a research assistant to the head of the expedition.

At the first stage of his scientific work, V.G. Neiman made a certain contribution to the formation and development of domestic oceanological research in the Antarctic region. With his participation, the first domestic assessments of the velocity fields of the movement of Antarctic waters were carried out, the mechanisms of formation and the geographical position of the main frontal zones of the Southern Ocean were investigated, original model studies of the nature and structure of the meridional exchange of properties between the Antarctic zone and the adjacent parts of the World Ocean were carried out. In 1976, during the 10th cruise of the R / V Akademik Vernadsky (MHI Academy of Sciences of the Ukrainian SSR), Neiman organized and, together with his colleagues, performed instrumental measurements of the speed of the Antarctic circumpolar current in the entire ocean water column, which was the first time it was possible to experimentally prove the multi-jet of this largest ocean flow and its distribution to the bottom layer. In the last decade, owing to the emergence of new data from long-term measurements of currents, Neiman and his colleagues were able to carry out an important study of the dynamics and energetics of disturbances in the current velocity fields at great depths in the Southern Ocean. As a result, a nontrivial conclusion was made about the predominant contribution of synoptic-scale eddies to the overall variability of the dynamic characteristics of the entire ocean thickness from the surface to its bottom layers. In 2016, Neiman was awarded the title of "Honorary Polar Explorer" for his active participation in the study of high-latitude areas of the World Ocean.

A large cycle of Neiman's works is devoted to the study of the Indian Ocean currents system. He was one of the organizers, leaders and direct participant of eleven specialized Indian Ocean expeditions of the Academy of Sciences in 1960-1975 on the Ob ES (2nd voyage), R / V Vityaz (31, 34, 35 and 55 voyages), R / V Kurchatov (22nd and 36th voyages), R / V Dmitry Mendeleev (7th, 22nd and 26th voyages), R / V Akademik Vernadsky (10th voyage). Observational materials collected in these voyages, supplemented by data from other large international expeditions, made it possible to analytically detect and describe the Shtokman current and the South Indian Ocean current, which were not represented on previously constructed maps. Subsequently, the reality of these large-scale ocean currents was confirmed by independent empirical data.

Neiman is one of the participants in the discovery in the Indian Ocean during the 31st Vityaz voyage in 1960 of the equatorial subsurface countercurrent, named on his initiative after the famous Russian oceanologist Boris Aleksandrovich Tareev. A series of works by Neiman with coauthors are devoted to the experimental and analytical study of this unique eastern stream, which is rigidly tied to the geographic equator under the influence of the Coriolis force. They reveal the physical nature and specific features of the structure of the Tareev flow, both uniting and distinguishing it from the corresponding analogs in the Pacific (Cromwell flow) and Atlantic (Lomonosov flow) oceans.

In a number of other Neiman's works on this topic, the main features of the variability of the dynamics of the waters of the Indian Ocean, caused by the monsoon nature of atmospheric processes in its northern part, have been investigated. Neiman compiled the first classification of large-scale currents in the Indian Ocean and calculated their average long-term characteristics, without knowing which it is impossible to correctly formulate and solve problems associated with the study of processes in the ocean of smaller space-time scales. Subsequently, these studies were continued under his leadership on a new methodological basis using a modern information base in the form of data banks of the International Experiment on the World Ocean Circulation, including satellite observations. The processing and analysis of these materials allowed V.G. Neiman and his colleagues to estimate for the first time the background characteristics of the velocity field in the monsoon region of the Indian Ocean and make a fundamental contribution to determining its response to El Ni?o events. For the results of studies of the hydrophysical regime of the Indian Ocean in 1994, V.G. Neiman was awarded the gold Makarov medal.

In 1969, during the 5th cruise of the R / V Akademik Kurchatov, a major oceanographic discovery was made - in the western part of the tropical Atlantic region, Soviet scientists discovered the Antilo-Guiana Current, unknown to anyone until that time. Its appearance on the map made it possible to take a fresh look at the general structure of water circulation in the low latitudes of the Atlantic Ocean and more reliably determine all possible sources of eastern transport at the equator, known as the Lomonosov Current. For the discovery and study of the Antilo-Guiana Current and the system of equatorial circulation of the waters of the Atlantic Ocean, a group of scientists participating in this work, including V.G. Neiman, was awarded the USSR State Prize in Science for 1970.

Since 1998, after completing his scientific and organizational activities in the Department of Earth Sciences of the Russian Academy of Sciences, V.G. Neiman actively joined the work on the study of the role of the World Ocean in the variability of large-scale atmospheric processes and the Earth's climate. The extensive knowledge he accumulated over many years about the hydrophysical regime of the ocean turned out to be very useful for the successful development of a number of key areas of this problem. A comparative study of the secular variability of surface air thermal anomalies carried out by V.G. Neiman and colleagues from the IO RAS for the first time revealed that global changes in the air temperature on the continents and oceans over the past century were in antiphase. Such a far from trivial result allowed its authors to conclude that the current global warming on land, in the general opinion owing its origin to the anthropogenic effect, is also largely a consequence of the internal redistribution of heat in the ocean-atmosphere climate system.

For decades, V.G. Neiman had a special scientific interest in the study of deterministic hydrodynamic structures, which include quasi-stationary ocean currents. As a result, in different years he was able to investigate and describe more than 40 movements with their own names with varying degrees of detail. The materials of these and many of his other works on the circulation of the waters of the World Ocean and their interaction with the atmosphere have been published in more than 100 scientific articles and in several books. The results of Neiman's works devoted to the problem of interaction and climatic variability of the World Ocean and the global atmosphere were awarded in 2015 with a commemorative Academician A.M. Obukhov medal of the Institute of Atmospheric Physics of RAS.

One of the stages of Neiman's work at the Institute of Oceanology was directly related to the organization and methodology of marine expeditionary research, when for several years he headed the Department of Marine Expeditions of the Institute of Oceanology of the Academy of Sciences. The experience accumulated by him in this matter gave him the opportunity to publish, together with Kuznetsov, the books that received recognition from readers - “On the history of expeditionary research of the Shirshov Institute of Oceanology 1946-2004 "and" Sea "Knights" of Russia", which reflect the materials of almost all more than 1000 sea expeditions carried out over 60 years of work of this largest scientific center of the country. For this work, Neiman was awarded the honorary badge "For his contribution to the history of science and technology" of the Institute for the History of Natural Science and Technology of RAS.

Along with his main scientific activity, Neiman is actively involved in scientific, organizational and editorial work, participates in the popularization of the successes of domestic science. In 1987-1998, during the period of his main work at the OOFAG RAS, he, on a voluntary basis, acted as chairman of the National Oceanographic Committee of the Russian Federation, Vice-President of the Intergovernmental Oceanographic Commission of UNESCO, a member of the Scientific Council of the RFBR and its Expert Council on Earth Sciences, the Expert Council of the Higher Attestation Commission on Geosciences, Deputy Chairman of the Scientific Council for the State Scientific and Technical Program “World Ocean”, and also participated in the activities of a number of other scientific and editorial councils, commissions and working groups of the Academy of Sciences and other departments. At present, V.G. Neiman is an advisor to the Russian Academy of Sciences, chief researcher, a member of the Academic Council and a specialized council for the defense of dissertations of the Shirshov Institute of Oceanology of RAS.

For active participation in the work of 6 voyages of the R / V Vityaz in 1980, he was awarded the Order of the Badge of Honor, as well as several state medals, a Diploma of Honor and medals of the USSR Exhibition of Economic Achievements. VG Neiman's fifty-year scientific experience at the Shirshov Institute of Oceanology of RAS was awarded the Honorary Academician P.P. Shirshov Medal in 2014.