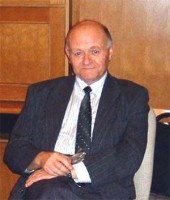 In 1959 he graduated from Irkutsk University, specialty "physics (spectral analysis)". From 1959 to 1961 he worked as a research fellow at the Irkutsk Institute of rare metals.

In 1962 he was recruited to the Black sea research station of the Institute of Oceanology (now the southern branch of IO), where he organized a working group of ocean optics on programmes of studies. The personal contribution of G.S.Karabashev in these studies is reflected in the number of publications devoted to the study of impurity diffusion in the sea, to the light attenuation in the water column and instrumental and methodical developments.

In 1965 he was transferred to Kaliningrad (now the Atlantic branch) Department of the same Institute, where he headed the office of hydrooptics (since 1982 – the laboratory of optical methods of ocean research). He defended his thesis in 1968. On his initiative, it was deployed the study of the fluorescence of the natural impurities of the sea water as the basis of the new methods of study variability of physical, chemical and biological characteristics of the ocean.

The results were published in dozens of publications, they were summarized in his doctoral dissertation (1982) and were included in the monograph "The fluorescence in the ocean" (1987). In the same period it was published a number of papers with the results of original studies of the bioluminescence of marine organisms and optical properties of the abyssal layers of the ocean (project DUMAND).

In the 80s under the leadership of G.S.Karabashev a second generation of the marine fluorimetric equipment was created, the use of which in the expeditions helped to keep the leading in the study of the variability of fluorescent impurities of the sea water.

Since 1989 he is working at the Institute of Oceanology. As a member of the Laboratory of ocean research by radio-cosmic methods, he continued expeditionary research and generalization of the results.

In 1997 he moved to the Laboratory of ocean optics and applied to the analysis of images obtained from satellite scanners of the ocean color. On this subject he has published over a dozen works.

He is the participant of many expeditions on domestic and foreign research vessels in various parts of the World ocean, including international projects. He has government awards.

He is the author and coauthor of more than 140 scientific papers and 3 monographs.