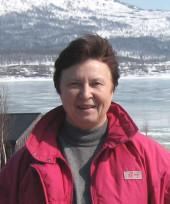 In 1964 she graduated from S. Ordzhonikidze Moscow Aviation Institute, specializing in electronic control devices for aircraft, and worked for three years at the All-Union Scientific Research Institute of Radio Electronics. She has been working in the field of physical oceanology since 1967: in 1967–1970. - in the Moscow group of the Marine Hydrophysical Institute of the Academy of Sciences of the Ukrainian SSR (under the direction of B.A. Nelepo), since 1970 - at the Institute of Oceanology at the Laboratory of Experimental Ocean Physics (junior, senior, and since 1992 - leading scientific employee). 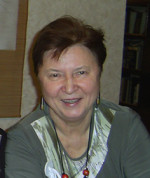 The main area of ??research is the study of the thermohaline structure and variability of the surface layer of the ocean according to field measurements and satellite information. In the 1970s, on the basis of laboratory modeling, she obtained important results on the laws of behavior of a thin thermal layer (“cold film”) at the border between the ocean and the atmosphere and the role of salinization during evaporation in its structure and dynamics. Based on the materials of these studies, in 1978 she defended a candidate dissertation (under the guidance of DhD (Physical and Mathematical Sciences K.N.Fedorov.

In the 1980s, based on the analysis of satellite information, she discovered various forms of unsteady mesoscale movements in the ocean (sea): transverse jets and eddies in coastal upwelling zones and marginal ice cover zones, elements of instability of fronts and vortices, vortex dipoles (mushroom currents) and multipoles. Works of the 1990s are devoted to the study of the dynamics of fronts and vortices in various regions of the ocean.

Currently, she is studying the processes of heat and mass transfer between the shelf zone and the deep-sea part of the inland seas (Black and Caspian) and the interannual temperature variability of their surface layers, taking into account global atmospheric influences.

She is the author of more than 200 scientific publications, including the monograph “The Near-Surface Layer of the Ocean” (co-authored with K.N. Fedorov, 1988, published abroad in 1992). She participated in 4 ocean expeditions. She presented the results of her research at many international scientific conferences.