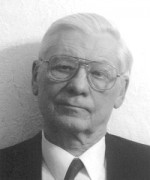 He is an expert in the field of ocean chemistry, systemic study of the cycles of substances in the biosphere, assessment of the state of the oceanic environment.

The main studies are devoted to the study of the composition of organic matter in the hydrosphere, the disclosure of the role of organic compounds in biogeochemical processes, the identification of the laws of accumulation and transformation of organic substances in lithogenesis, the analysis of the features and parameters of regional and global carbon cycles in all forms of its existence (solution, colloids, suspensions, bottom precipitation, plankton, benthos, aerosols).

In 1964 he created a scientific team and a scientific school that study the influence of life on geochemical processes, develop a methodology for the systematic study of natural and contaminated water areas, methods of organic and colloidal chemistry.

Currently, the Laboratory conducts fundamental research on the carbon cycle and related chemical elements, ecological, environmental and applied research of water, precipitation, aerosols, develops the problems of neoplasm and genesis of organic compounds in the lithosphere-ocean system.

He developed a new direction in oceanology - organic geochemistry and biogeochemistry of the World Ocean, developed its foundations and concepts, considered the role of organic matter in geochemical processes occurring in the World Ocean, developed the theory of boundary zones in the formation of the chemical composition of the ocean, calculated the clarke of the elemental and group composition living matter of the land, ocean and biosphere of the Earth as a whole, obtained quantitative estimates of the concentration function of living and nonliving organic matter in relation to carbon, nitrogen, phosphorus and a number of trace elements.

In the field of organic geochemistry and the assessment of the prospects for the oil and gas content of the ocean, an important biogeochemical problem was solved for the first time - the fate of all the main biogeochemical classes of compounds from living matter (plankton, benthos) to sediments at the bottom of the seas and oceans was traced at a quantitative level.

On the basis of new analytical data, a numerical expression was obtained for the law of the circumcontinental localization of the masses of organic matter in the ocean.

In the field of biogeochemistry, 58 chemical elements of plants and animals of the ocean, which are necessary for assessing the background state of the environment and identifying the degree of its anthropogenic disturbances, were revised based on new data accumulated over 60 years.

He took part in 23 flights of the Institute to all parts of the World Ocean from Antarctica to the Arctic.

Currently, he is working on improving the methodology and methods of systematic study of oceanic processes, the study of fluxes and balance of substances in the World Ocean, including the Arctic Ocean. Much attention is paid to identifying the genesis of organic matter in hydrothermal systems (biosynthesis, thermocatalytic, abiogenic synthesis).

More than 10 candidate and 6 doctoral dissertations have been defended under his supervision.

Author of over 270 scientific papers and 10 monographs.