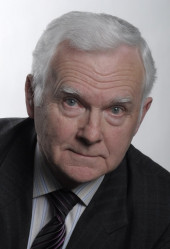 Having professional diving training, he supervised experimental diving and research work under water and in pressure chambers. Since 1968, as an aquanaut, he participated in diving and conducted research in the underwater laboratories "Chernomor", "Sprut", hyperbaric chambers and submersibles at experimental facilities of various ministries and departments.

With his developments, he made a significant contribution to the creation of new types of diving equipment and diving safety equipment: diving breathing apparatus and diving suits, life support systems for divers in pressure chambers.

In 1985–1990 directly participated in the international project under the "World Ocean" program within the framework of scientific and technical cooperation with the French company "Sfae" to develop a set of equipment and apparatus for the life support system of pressure chambers, which is protected by a joint patent in France and implemented at hyperbaric facilities in Russia.

For a number of years, he performed research work with colleagues at the experimental hyperbaric base under the "World Ocean" program, aimed at developing a new method of diving to depths of up to 500 m.

Directly participated and supervised research on the study of factors limiting the depth of diving. At the same time, the method of liquid breathing of animals was used for the first time. The results of scientific developments were presented at domestic and international symposiums and congresses.

In order to develop the experimental hyperbaric base, together with the specialists of the Laboratory and the Department, a complex of hyperbaric technical means was developed and created, providing the possibility of experimental diving to great depths with the participation of divers, and conducting fundamental research on animals.

At these experimental facilities, the Laboratory staff carried out priority fundamental research on animals in a pressure chamber at depths of up to 2000 m, using gas mixtures based on nitrogen, helium, krypton, argon, and hydrogen.

He is the author of over 100 scientific publications.