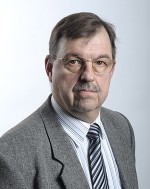 Head of the Department of  hydro-acoustics and instrumental observations;  Head of the Laboratory of bottom sonar;

1984 - defended his thesis (Ph.D.) in the Council of  N.N. Andreev Acoustics Institute.

2011 - defended his doctoral dissertation at the Council of the Shirshov Institute of Oceanology, Russian Academy of Sciences.

From 1976 to the present - engineer, researcher, head of the laboratory, deputy director for scientific work at the Institute of Oceanology of the Russian Academy of Sciences.

N.A. Rimskiy-Korsakov is a specialist in the technology of deep-sea marine studies of the bottom relief morphology and underwater objects of natural and technogenic origin using underwater uninhabited vehicles.

N.A.  Rimskiy-Korsakov began his professional career as a student-intern in the Department of Underwater Research Technique, IO RAS.

N.A. Rimskiy-Korsakov entered and graduated from graduate school at  N.N. Andreev Acoustics Institute with a degree in "Acoustics and Sound Engineering". In 1984, he defended his thesis "Development and researching the method and equipment for acoustic profiling of sediments from aboard deep-sea towed vehicles."

After defending his dissertation, N.A. Rimskiy-Korsakov leads the work of the sonar group of the Deep-Water Research Techniques Department, in 1988 he becomes the head of the newly formed Laboratory of  Bottom Hydro-location, and since 2002 he has been the head of the Marine Engineering Direction, being the deputy director for scientific work.

N.A. Rimskiy-Korsakov is directly involved and leads the sea and ocean expeditions of the IO RAS, and also organizes the development of modern technologies for instrumental research of the bottom and underwater objects, including projects of the RFBR and the Ministry of Education and Science, contracts with the EMERCOM of  Russia, the Ministry of  Defense, RAO UES, Gazprom, etc.