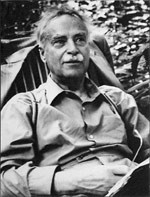 In 1915 he entered the Crimean University, but was mobilized and sent to the front as a junior officer. After the revolution he worked at the State Bacteriological Institute.

In 1927 he graduated from Moscow State University with a degree in microbiology and physiology of invertebrates. While working at the All-Union Scientific Research Institute of Rubber Plants, he made a number of discoveries in the field of bacterial lesions of rubber plants. In 1935 he was awarded the degree of candidate of biological sciences. 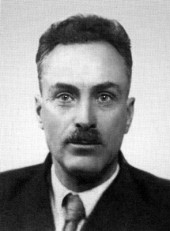 The circle of his scientific interests was not limited to phytopathology, he simultaneously began researching iron bacteria and other bacterial groups in river, lake and sea waters and the role of bacteria in ore formation.

In 1941, academician P.P. Shirshov invited him to the newly created Laboratory of Oceanology at the USSR Academy of Sciences. At the beginning of the war, together with the laboratory, he was evacuated to Krasnoyarsk, where he processed hydrobiological and hydrological materials from the SP-1 station, conducted hydrobiological work on the Kara Sea, and read a course of lectures on hydrobiology, lower plants and microbiology at the Pedagogical Institute.

By 1945 he completed a monographic study of the morphology, physiology of iron bacteria and their role in the formation of iron-manganese nodules. This was the first major work of its kind. He was the founder of a new direction in the study of the geochemical role of bacteria and, above all, iron bacteria in the environment of the seas and oceans. The importance of a biological factor in the genesis of ferromanganese nodules has gained recognition. In the same year, a dissertation was defended on this topic and he was awarded the degree of Doctor of Biological Sciences, and later the title of professor.

Heading the Laboratory of Microbiology at the Institute of Oceanology, he continued the study of specialized groups of microorganisms in the waters of lakes, seas and oceans and their geochemical activity (iron bacteria, nirificators, precipitants of calcium carbonate). He worked on the Black Sea, on the iron-ore lakes of Karelia, in the Bering, Okhotsk, Japanese seas and in the Pacific Ocean.