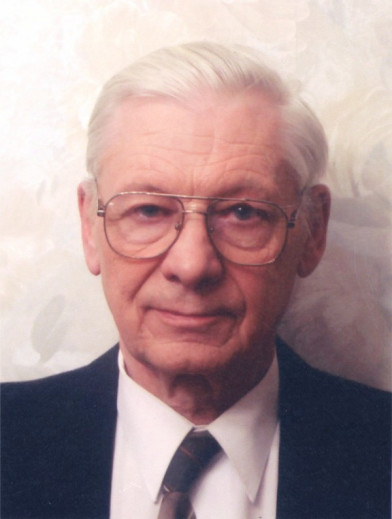 On March 20, 2021, the chief researcher of the Laboratory of Ocean Chemistry, Doctor of Geological and Mineralogical Sciences, Honored Scientist of the Russian Federation, Professor Yevgeny Alexandrovich Romankevich turned 90!

Romankevich graduated from the Department of Historical Geology, Faculty of Geology, M.V. Lomonosov Moscow State University in 1954. During his studies, he worked as a foreman-geologist in expeditions of the Geological Institute of the USSR Academy of Sciences and the All-Union Aerological Trust to search for primary diamond deposits on the Vilyui River and conduct geological surveys in Tuva.

After graduating from Moscow State University, Evgeny Aleksandrovich was sent to graduate school at the Institute of Oceanology of the Academy of Sciences of the USSR, where in 1959 he defended his PhD thesis on the topic "Organic matter in the bottom sediments of the Pacific Ocean." In 1976 he defended his doctoral dissertation "Geochemistry of organic matter in the ocean", for which in 1978 he was awarded the Vernadsky Prize by the Presidium of the USSR Academy of Sciences. In 1985 he was awarded the academic title of professor.

1979 to 2005 E.A. Romankevich was the head of the Laboratory of Ocean Chemistry, since 2005 he moved to the position of the chief researcher of this laboratory.

Romankevich developed a new direction in oceanology - organic geochemistry and biogeochemistry of the World Ocean, developed its foundations and concepts, considered the role of organic matter in geochemical processes occurring in the World Ocean, developed the theory of boundary zones in the formation of the chemical composition of the ocean, calculated the clarke of the elemental and group composition living matter of the land, ocean and biosphere of the Earth as a whole.

In the field of organic geochemistry and the assessment of the prospects for the oil and gas content of the ocean, he was the first to solve an important biogeochemical problem - he traced the fate of all the main biogeochemical classes of compounds on a quantitative level, from living matter (plankton, benthos) to sediments at the bottom of seas and oceans. On the basis of new analytical data, he obtained a numerical expression for the law of the circumcontinental localization of masses of organic matter in the ocean.

Romankevich is the author and co-author of more than 300 scientific articles, editor and author of collective monographs and major generalizations. His fundamental monographs "The Geochemistry of Organic Matter in the Ocean" (1977) and "The Carbon Cycle in the Arctic Seas" (2001, co-authored with AA Vetrov) were translated into English and published by Springer.

Evgeny Aleksandrovich is the founder of the leading scientific school "Organic Chemistry and Biogeochemistry of the World Ocean", which studies the influence of living matter on geochemical processes, develops a methodology for the systematic study of the natural environment and its rapid changes under the influence of the main factors. He is a member of the Scientific and Dissertation Councils of Moscow State University and the IO RAS, the Council of the RAS on the problem of geochemistry. As an official expert, he took part in the environmental review of a number of projects important for Russia (Sakhalin-2, Blue Stream, etc.).

Under the guidance of Professor E.A. Romankevich 12 candidate and 8 doctoral dissertations was defended. He is an Honored Scientist of the Russian Federation (1991), has three state awards, was awarded the departmental Shirshov medal, he is a laureate of the V.I. Vernadsky Award of the USSR Academy of Sciences and Admiral S.O. Makarov Award of RAS. He took part in 23 expeditions of the Institute to all parts of the World Ocean from Antarctica to the Arctic.

Colleagues, friends and students, directorate of the  Shirshov Institute of Oceanology of RAS and the Editorial Board of the journal "Oceanological Research" congratulate Yevgeny Alexandrovich on his anniversary, wish him strong sea health and well-being, good spirits and inexhaustible energy for further creative victories for the benefit of marine science.

Tweet
back to top
You are here:HOME/ News/Evgeny Alexandrovich Romankevich is 90 years old!