Meeting of A.V.Sokov with Counselor of the Embassy of France in Russia 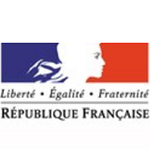 March 26, 2019, on the initiative of the French side, there was a meeting of the Acting Director of the IO RAS A.V. Sokov with Dr. Abdo Malac, Counselor of the Embassy of France in Russia. The meeting was attended by the Deputy Director of the Institute P.O. Zavyalov, head of the large-scale processes and climate department, S.K. Gulev, Assistant Director for International Relations V.M. Sukhov, on the French side, by Florian Rastello, coordinator for innovation of the Embassy of France in Russia.

During the conversation, the state of and prospects for the development of scientific cooperation between the scientists of the institute and the scientific organizations of France, in particular, the possibility of creating a laboratory with the French colleagues at the institute were discussed in detail.

Dr. Malak expressed interest in expanding joint research in the Arctic, and also informed about the preparation for the upcoming visit of the President of the French National Center for Scientific Research (CNRS) Antoine Petit to Russia in May 2019.

French diplomats were familiarized with the workb of the Sea-Air Interaction and Climate Laboratory, as well as the museum exposition of the Institute.

Tweet
back to top
You are here:HOME/ News/Meeting of A.V.Sokov with Counselor of the Embassy of France in Russia