Caspian branch of the IO RAS

The Caspian Branch of the IO RAS was established in 2005.

The main goal of the Branch is to carry out fundamental scientific research and applied developments in the field of oceanology using the research fleet, aircraft, underwater and spacecraft and other various technical means that are under its right of operational management, leased or jointly with the owners of these funds.

The main activities of the Branch are:

There are 18 employees at the Caspian Branch of the IO RAS, including 4 Doctors of Science and 4 Candidates of Science. 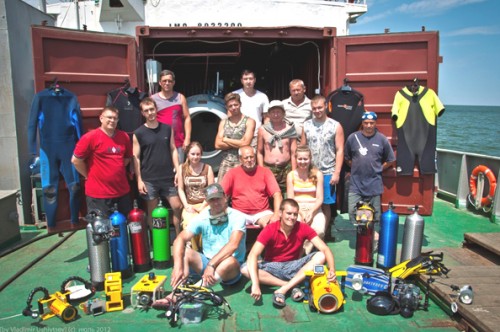 The branch performs planned fundamental research work (PFRW) on the topic: "Peculiarities of the state of the environment and biota on the shelf of the Caspian Sea in the areas of current and future production of hydrocarbon resources."

At the licensed sites of oil companies, monitoring of the state of the environment and biota is carried out in the monitoring mode. Biotechnologies are being developed for self-purification and conservation of the biodiversity of the Caspian biota.

In the waters of the Northern Caspian, a number of polygons are equipped with bottom stations - special underwater structures, on which local ecosystems with a high degree of comparability have been formed. Living in different areas of the sea, and having the same species composition of communities, the ecosystem of each station individually responds to the environment and allows monitoring observations and assessing the degree of influence of various factors, both natural and anthropogenic.

Viable and ecologically capacious models of bottom stations, protected by patents, have been developed:

The branch has created a methodology for assessing the impact of environmental factors on the biota of the sea - "Methodological recommendations for assessing the impact of offshore oil and gas facilities on the natural environment". The method is based on the idea of ​​artificial formation of local ecosystems with a high degree of comparability. Such ecosystems are formed at bottom stations. Ecosystems are inhabited by a number of indicator organisms, according to which the quality of the environment at a given observation point is assessed. To control the ecological and toxicological state of a particular area of ​​the sea, the water area is equipped with a network of bottom stations. The qualitative and quantitative composition of bottom station communities accumulates information about the presence, origin, trajectory of movement, composition and degree of danger of a particular pollution.

An underwater remote-controlled inspection apparatus has been developed and patented, which makes it possible to conduct observations and filming in adverse storm conditions:

Applied scientific research is carried out on economic agreements and contracts with various state and commercial organizations. The branch won the following tenders:

Scientific developments of the branch received high marks at international salons and exhibitions:

In 2014, the Caspian Branch was included in the National Register "Leading Scientific Organizations of Russia".