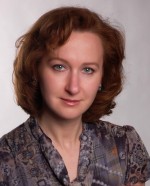 In 2007 she defended her thesis on the specialty "Oceanology" on the theme "The material composition of the aqueous suspension of the White Sea".

Author and co-author of about 160 scientific papers, including 60 scientific articles in peer-reviewed scientific journals indexed in Web of Science, Scopus, RSCI, and 1 personal monograph. Member of numerous expeditions to the Arctic seas, the marginal and inland seas of Russia, the Atlantic Ocean, Antarctica.
She was awarded a medal of the Russian Academy of Sciences with a prize for young scientists for the work “Weighted Substances of the White Sea and Its Granulometric Composition” (Resolution of the Presidium of RAS dated February 22, 2011).

Winner of the 2010 Prize of the International Academic Publishing Company Nauka for the best publication in its journals (decision of the Prize Award Committee of November 22, 2011).

+ - The main scientific direction of work Click to collapse