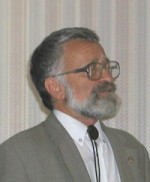 Born on August 26, 1937 in Moscow. In 1954 he graduated from secondary school No. 82 with a silver medal and entered the Moscow Mining Institute (MМI), from which he graduated in 1959 with a degree in mining engineer. He worked as an explosives engineer in the Soyuzvzryvprom trust, and then as a junior researcher at the Skochinsky Institute of Mining of the Ministry of Coal Industry of the USSR. In 1964 he entered the correspondence postgraduate study at the Department of Physics of the Moscow Mining Institute. After that, in 1970 he successfully defended his thesis at the Skochinsky MI on the topic "Investigation of the influence of rock pressure on the efficiency of explosive destruction of rocks." In 1970, B.V. Levin was invited by Professor L.V. Altshuler, one of the founding fathers of the Soviet atomic project, to work in his laboratory at the All-Union Research Institute of Optical and Physical Measurements of the USSR State Standard, where he worked under his leadership until 1972. During this period, Levin was actively involved in experimental research in the field of explosion physics.

Moving to Moscow in 1980 and subsequent work at the Skochinsky MI led to the completion of work on his doctoral dissertation, which was defended in 1990 with the receipt of the degree of Doctor of Physical and Mathematical Sciences. The area of ​​interest during this period of work covered a wide range of geophysical problems: dynamic processes in the near zone of an underwater and underground explosion, symmetry effects near dynamic sources, mechanisms of tsunami generation, physics of seaquakes, and experimental study of seaquakes on vibration stands. In 1986, Levin obtained a unique result, which was expressed in the stable reproduction of dynamic wave structures on the surface of an oscillating liquid with the size of square and hexagonal cells up to 120 mm. Usually, in experiments of this kind, the cell size for the "Faraday ripple" did not exceed 5 mm. The experimental confirmation of the dispersion law of parametric waves obtained by B.V. Levin and the proposed linear theory of the phenomenon (together with Professor Trubnikov) are of fundamental importance for fluid mechanics and understanding the physics of seaquakes, which was noted in the publications of leading scientific journals: Reports of the USSR Academy of Sciences, Letters to ZhETF, CHAOS (Journal of the American Institute of Physics).

After defending his doctoral dissertation, Levin went to work at the State Oceanographic Institute, and then, since 1993, he headed the Department of Earth Sciences of the Russian Foundation for Basic Research (RFBR). During this period, Levin was elected chairman of the Tsunami Commission under the Presidium of RAS, received the title of professor in the Department of Physics of the Moscow State Mining University, where he lectured on general physics from 1994 to 2003, and in 1995 created the Soloviev Tsunami Laboratory at the Shirshov Institute of Oceanology. Since 1996 at the Tsunami Laboratory, a scientific seminar has been regularly functioning under the guidance of prof. Levin, at which invited speakers, famous scientists, specialists, as well as graduate students and students working on the subject of the laboratory make a speech. Since 1997, Professor Levin has been in charge of the leading scientific school on the tsunami problem, receiving support in the form of grants from the President of the Russian Federation (grant NSh-2104.2003.5). School team members regularly receive grants from the Russian Foundation for Basic Research and INTAS, participate in international conferences and publish in leading scientific journals. In the period from 1996 to 2002, thanks to the efforts of the staff of the Tsunami Laboratory of the Institute of Oceanology of RAS and the participants of the scientific school, three international conferences on the problem of tsunami were organized and successfully held in Moscow (2000) and Petropavlovsk-Kamchatsky (1996, 2002). The conferences were supported by grants from UNESCO and RFBR.

In 2003, B.V. Levin was elected a corresponding member of RAS. Since 2004, he has been appointed Director of the Institute of Marine Geology and Geophysics, Far Eastern Branch of RAS (Yuzhno-Sakhalinsk). At the same time, he remains part-time at the Solovyov Tsunami Laboratory of the Institute of Oceanology of RAS, where he continues to lead a scientific seminar and the work of graduate students. The range of scientific interests of B.V. Levin includes traditional topics in the physics of tsunamis and seaquakes, as well as new scientific directions: the study of the occurrence of hydroacoustic signals in the preparation zone of oceanic earthquakes, the development of methods for warning about local tsunamis, the analysis of spatial and temporal patterns in the distribution of the number of earthquakes over different regions, magnitude ranges and depth intervals of hypocenters.

Corresponding Member B. V. Levin is the Chairman of the Doctoral Dissertation Council DM005.026.01, Deputy Editor-in-Chief of the Pacific Geology journal, a member of the editorial board of the Volcanology and Seismology journal, Chairman of the Sakhalin Scientific Center of the Far Eastern Branch of the Russian Academy of Sciences, a member of the International Tsunami Commission, a member of the American Geophysical Union, Chairman of the Sakhalin Branch of the Russian Geographical Society. Under his supervision, 3 postgraduate students and candidates defended their candidate dissertations; in the scientific school headed by B.V. Levin, 5 doctoral and more than 10 candidate dissertations were prepared and defended.