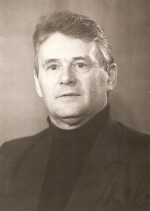 Oceanologist, DSc (Physical and Mathematical Sciences) (1973), Professor (1982), Corresponding Member of the USSR Academy of Sciences (1987),
from 1974 to 1988 - Head of the Laboratory of Experimental Ocean Physics (originally - the Laboratory of Mesoscale Ocean Physics),
from 1979 to 1988 - Head of the Department of Experimental and Space Oceanology, in 1988 - at the same time Deputy Director of the P.P. Shirshov Institute of Oceanology of  the Academy of Sciences of the USSR in Science.

An outstanding Soviet oceanographer, whose contribution to physical oceanology has significantly expanded the understanding of mixing processes in the ocean. Having participated for almost three decades in the work of intergovernmental and non-governmental organizations, he was one of the key figures in international ocean science and has greatly contributed to the implementation of scientific contacts between East and West. 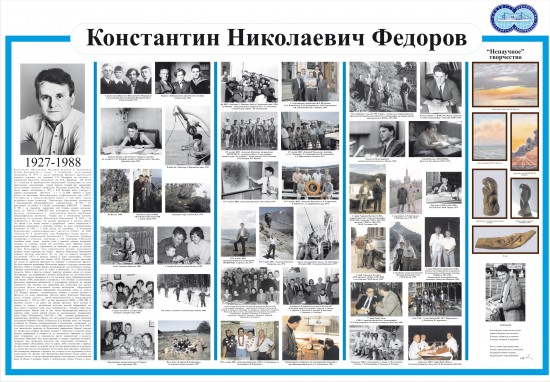 He graduated from the Leningrad Arctic School (1947) with a diploma of a meteorological technician and the Admiral S.O. Makarov Higher Arctic Naval School (1952) as an engineer-oceanologist.

In 1953 he entered the graduate school of the Institute of Oceanology of the Academy of Sciences of the USSR (IO AS) and in 1955 under the leadership of the outstanding oceanologist V.B. Shtokman defended his Ph.D. thesis, which was awarded the prize of the Presidium of the USSR Academy of Sciences. After defending his thesis, he took part in the Institute's marine expeditions.

A cycle of very important and in many ways fundamental works by K.N. Fedorov is associated with the study of the structure and variability of the near-surface layer of the ocean, which quickly responds to short-term and local effects of the atmosphere and solar energy, the lower limit of which is in most cases associated with the position of the diurnal thermocline. To study a thin boundary (thermal and salt) layer at the ocean-atmosphere interface, which is difficult to study under natural conditions, Konstantin Nikolaevich launched a laboratory experiment (1976). Subsequently, a group of experimenters created by him (A.G. Zatsepin, A.G. Kostyanoy, S.N.Dikarev, and others) set up a number of interesting laboratory experiments on modeling convection, intrusion processes in the ocean, instability of baroclinic vortices, dynamics of vortex dipoles, and intrathermoclinic eddies and other phenomena characteristic of the ocean.

K.N. Fedorov was one of the first oceanographers to use satellite data to gain new knowledge about the ocean. For 10 years, he and the staff of the Department of Experimental and Space Oceanology, created by him (1979), based on satellite information, obtained important scientific results on the dynamics of frontal zones and the identification of nonstationary ordered structures of various nature. He (co-authored with A.I. Ginzburg) discovered a previously unknown and widespread in the ocean form of unsteady vortex motions in the ocean - mushroom currents, or vortex dipoles (1983), identified unsteady jets and vortices characteristic of many frontal zones of coastal upwelling ( 1984). The results of studies of the variety of physical processes in the near-surface layer and the features of its dynamics based on measurements in the ocean, laboratory modeling and satellite data are presented in the latest monograph by K.N. Fedorov (co-authored with A.I. Ginzburg) "Near-surface layer of the ocean" (1988). All three monographs by K.N. Fedorov were translated into English and published abroad.

A wide range of directions that Konstantin Nikolaevich was simultaneously pursuing, his comprehensive approach to the study of the ocean (from laboratory modeling to interpretation of satellite images) and oceanological erudition allowed him to know the ocean in all the variety of processes taking place in it. Under the leadership of K.N. Fedorov, 12 Ph.D. theses were defended. 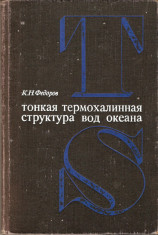 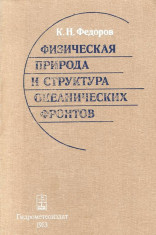 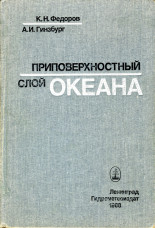 Konstantin Nikolaevich was one of the few scientists who managed to successfully combine intensive scientific work with scientific and organizational work, including international scientific cooperation.

He gave lecture courses to 5th year students of the Department of Oceanology of the Faculty of Geography, Lomonosov Moscow State University on the fine thermohaline structure of ocean waters (1978-1979) and the basics of remote sensing of the ocean from space (1985-1987), advised the crews of Soviet orbital space stations on ocean exploration.

Member of 16 sea and ocean expeditions. Author of about 270 publications. He was awarded the Order of the Badge of Honor (1969) and the Medal For Labor Valor (1982).

back to top
You are here:HOME/Persons/Fedorov Konstantin Nikolaevich (1927-1988)